A Pic Of Kapil Sharma As A College Student Goes Viral

Now that's what we call a blast from the past 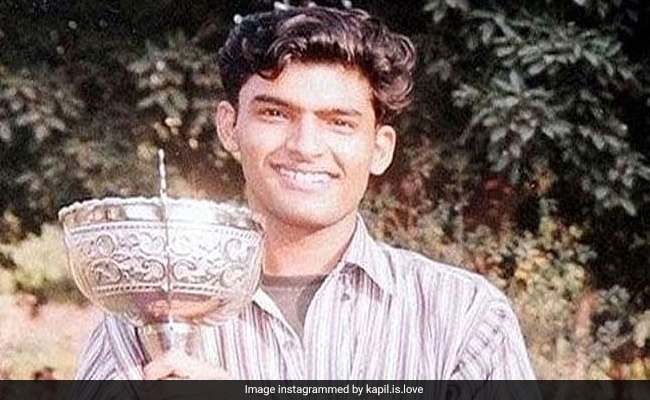 If you ever wondered what comedian Kapil Sharma looked like in his college days, we have the perfect picture for you. On Wednesday, we chanced upon a throwback picture of the 39-year-old comedian that is going crazy viral on social media. The picture has been shared by a fan page dedicated to Kapil Sharma. In the photo, a much, much younger version of Kapil can be seen holding a Guru Nanak Dev University trophy and smiling with all his heart while posing for the camera. He can be seen sporting a shirt and trousers. The comedian even shared the post on his Instagram story.

SUCCESS comes only to those who work HARD for it Kapil Sharma Is Really an Inspiration For Millions Picture of Kapil from his College Days Thanks sir for inspiring millions of people with your hardwork and dedication You are our IDOL in true sense No matter what, we are here to SUPPORT u always Keep entertaining us COMEDY KING Love you so much sir . . . . . #kapilsharma #kapilsharmashow #thekapilsharmashow #motivation #inspiration #hardwork #success #comedy #comedyking #fun #love #instagood #instadaily @kapilsharma 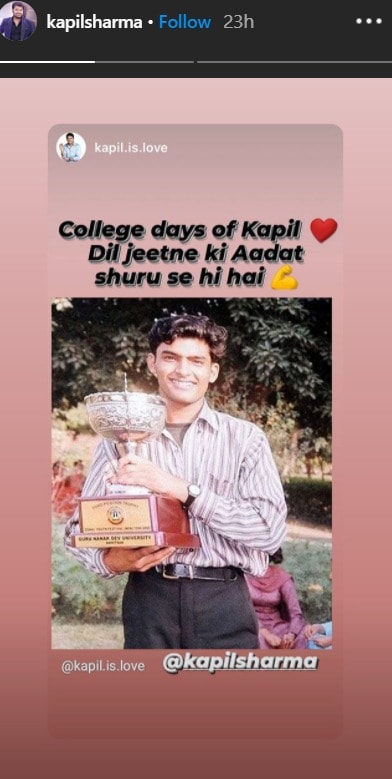 Kapil Sharma rarely shares old pictures of himself on social media. In July, he posted a throwback photo of himself and singer Neha Kakkar and wrote: "Identify the kids."

Back in 2018, Kapil posted a picture from his college diaries and shared that he auditioned for music reality show Sa Re Ga Ma Pa at that time. "#oldmemories #collegedays #saregama #punjabi #auditions #2000," he captioned the post. For those who don't know, Kapil Sharma is sings well.

Kapil Sharma married long-time girlfriend Ginni Chatrath as per Hindu and Sikh traditions in Jalandhar in December 2018. The duo are parents to a little daughter named Anayra. She was born on December 10 last year.

In terms of work, Kapil Sharma is currently hosting comedy show The Kapil Sharma Show. He made a debut in the TV industry with The Great Indian Laughter Challenge Season 3 and went on to make Bollywood debut with Kis Kisko Pyaar Karoon.