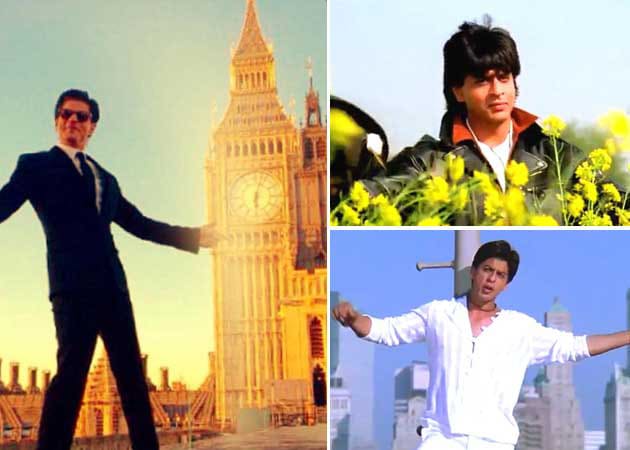 This image was posted on Twitter by Shah Rukh Khan.

New Delhi: You can run, you can hide but you can't escape King Khan's signature move. Bollywood's Badshaah Shah Rukh Khan has mastered the art of spreading love all over the world, one inviting hug at a time.

The actor, who was recently in London to receive an international honour, posed with his arms wide open in front of The Big Ben while taking a tour of the city. He captioned the picture he took, "Had to do the pose Srkbhai & BigBen."

And before the award a guided tour to areas where not many are allowed. Had to do the pose...Srkbhai & BigBen. pic.twitter.com/l6wT6BFj8K

SRK has had long practice at melting hearts with his signature pose, in films like Dilwale Dulhania Le Jayenge, Main Hoon Na, Dil To Pagal Hai.

It all started in 1993 when Shah Rukh Khan, the Baazigar , dressed as Zorro swept Kajol off her feet in the title track from the film. His charming romantic andaaz was then incorporated by many filmmakers. Song sequences in films like Darr, Oh Darling! Yeh Hai India!, Karan Arjun, among others would have seemed incomplete without the typical SRK pose.

In 1995, SRK's Raj opened his arms for Kajol's Simran in the yellow mustard fields of Punjab. Shah Rukh has pulled off his signature stance in all weather conditions, come rain or shine. In his 1997 film Dil To Pagal Hai, he posed in the rain while dancing to Chak Dhoom Dhoom and then repeated it at a party (Pyaar Kar) and eventually took it outdoors in the film's title track.

In his subsequent films, SRK's signature step took a sensuous turn withSooraj Hua Madham in Kabhi Khushi Kabhie Gham. In the 2004 film Main Hoon Naa, no action could have described the film's title better than the 'SRK pose'.

In 2006, the scene shifted to an empty stadium resonating with the sound of Mitwa in Karan Johar's Kabhi Alvida Naa Kehna - probably one of the biggest and magnificent ways to have put Shah Rukh's inviting arms to good use.

In 2013 film, director Rohit Shetty gave a funny twist to SRK's patented move. Every time Shah Rukh opened his arms to say "Don't underestimate the power of a..." he was cut short by Meenaamma (Deepika Padukone) competing his sentence with "HALWAI."

For whatever it's worth, there will be no SRK without his arms spread out. He is the original 'King of the World,' sorry Leonardo DiCaprio.

Promoted
Listen to the latest songs, only on JioSaavn.com
Here's cinematic proof that SRK's trademark move works - actress Alia Bhatt looked adorable in the last scene of her film Humpty Sharma Ki Dulhaniya when she proposed to Varun Dhawan a la SRK, complete with his Kuch Kuch Hota Hai dialogue. She got the guy, of course. 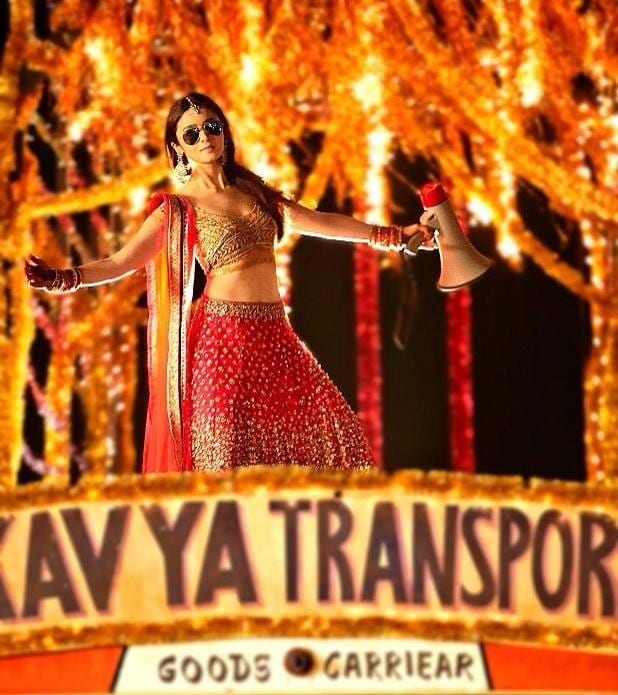 The actor has also joked about the pose on a TV show saying that his biggest fear is that someone might chop off his arms while he is in the middle of his signature step. While that is too dreadful to contemplate, we think SRK might want to consider trademarking his signature move before others can metaphorically chop his arms off by appropriating the pose.