On Shahid Kapoor's birthday, listen to 10 hit songs of the Kabir Singh actor 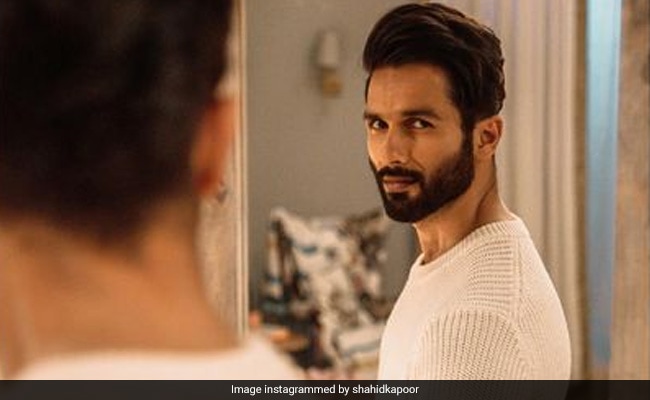 Shahid Kapoor turns a year older without losing a bit of his charm. The actor is celebrating his 41st birthday today. From the obscure position of a background dancer to the fame of one of the most cherished Bollywood actors, Shahid has seen all of it. The actor has given us a slew of great performances. Be it the chocolate boy in Jab We Met or the tough masculine role in Kabir Singh, Shahid has managed to keep us glued to the screens with the acting prowess. And, with this, we have been blessed with some of the finest songs too. So, on his birthday, let us look at some of his most popular numbers.

The dreamy lyrics and Mohit Chauhan's rich vocals have made this an evergreen song for all of us. For those who have grown up listening to this melody, Shahid Kapoor remains rent-free in their hearts.

Shahid Kapoor blazed in this Kabir Singh number. That burly look hasn't left us yet. To top it all, we have got the upbeat tune and heart-wrenching strings in this song.

Shahid Kapoor shook Bollywood with his performance in Udta Punjab. His full-fledged energy while performing on stage for this song in the movie left us speechless.

Romance is back on our screens as we dive into the on-screen chemistry between Shahid Kapoor and Mrunal Thakur.

It's been over a decade since this song was released. But we still can't forget the iconic tune. Shahid Kapoor's makeover from the cute boy to the rusty character also holds a special place in our hearts.

Shahid Kapoor's Jab We Met gave us some of the most cherished songs. This party number still manages to make us groove on the dance floor.

Can we call it perfect for a dance party? The peppy beats and fun lyrics make this one a must-have on our playlist.

This song turned into a love anthem for generations to come. Shahid Kapoor and Sonam Kapoor perfectly depicted the first flutters of love.

Though Kareena Kapoor stole much of the spotlight with her feisty moves in this song, we can't just get over Shahid Kapoor's cuteness in this video.