4 Years Of Sarbjit: Remember When Randeep Hooda Looked Like This? 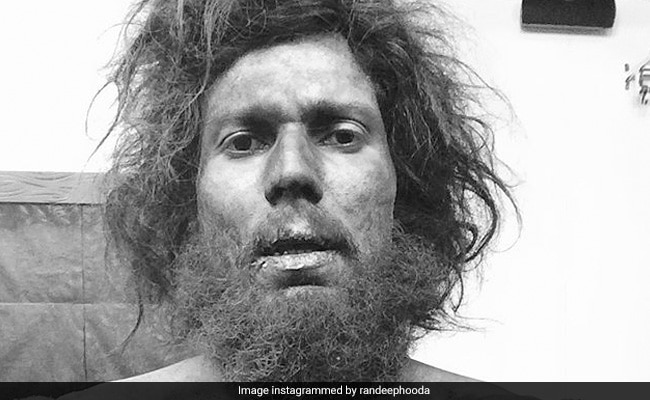 As Randeep Hooda's critically-acclaimed 2016 film Sarbjit clocked four years on Tuesday, the actor celebrated with a picture of himself from the sets of the film. Treating his Instafam to a selfie of himself in his onscreen persona, Randeep remembered his days on the sets of the film. Randeep, who played the titular character Sarbjit Singh in Sarbjit, wrote, "Almost took the life outta me." In the monochrome picture shared by Randeep Hooda, he can be seen posing grimly for the camera, emaciated with his hair matted - in the film, the actor played a man jailed for two decades. Randeep also added the hashtag "4 years of Sarbjit" to his throwback post. Take a look:

Directed by Omung Kumar, Sarbjit told the real life story of how Dalbir Kaur, played by Aishwarya Rai Bachchan, fought for years to have her brother, Sarbjit Singh, released from prison in Pakistan. The real Sarbjit was convicted as an alleged spy and terrorist by Pakistan after straying across the border. He spent 22 years in jail, eventually dying of injuries after being attacked by fellow inmates. His sister spent years trying have him proved innocent.

In an interview with Mumbai Mirror in 2016, Randeep Hooda spoke about what the director's decision to advance the filming of the jail scenes in Sarbjit meant for his physical transformation. Randeep said, "I was a muscular 94 kg at the time and while it's easy to burn fat, it's hard to lose muscle. I was expecting to shoot the portions when Sarabjit was a pahalwan in his village and then slowly shed weight. The decision came as a shock and led to a period of physical and mental torture."

Sarbjit is also known for Aishwarya Rai Bachchan's performance as Dalbir Kaur, Sarbjit Singh's sister. Aishwarya won many awards and accolades for her performance in the film, including the Best Actress Award by the International Film Festival and Awards of Australia (IFFAA). The film also starred Richa Chadha and Darshan Kumaar in pivotal roles.