15 August Movie Review: It misses the highs because it is fixated on low-yielding ideas. But is it at least a one-time watch? Just about. 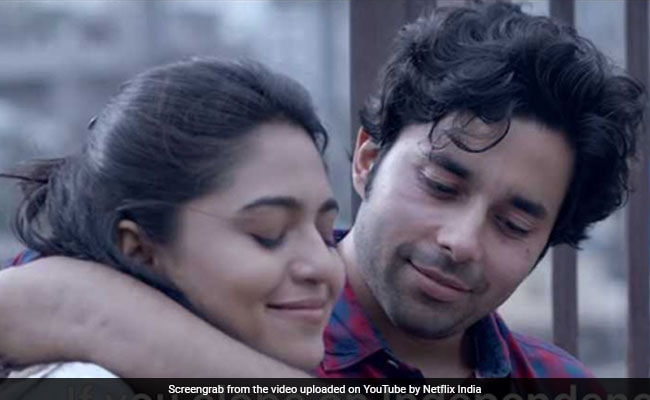 A still from the trailer of 15 August. (Image courtesy: YouTube)

Madhuri Dixit made her long-awaited Marathi acting debut in last year's Bucket List. While the film garnered mixed reviews, her performance was universally applauded. She now follows it up with her first Marathi production, 15 August, made under her RnM Moving Pictures banner. While she has got to be commended for opting to throw her lot behind a tale set in a tangible milieu peopled by real, believable characters, the film could have done with more spark.

15 August is principally about endearing individuals whose transgressions - even those of an alcoholic who wakes from his drunken stupor now and then to drill some sense into those that are as sober as a judge but scurrying around like a scalded cat - are eminently pardonable. You want to enter their world - and their psyches - but the perfunctory treatment and the facile nature of the situations they are thrown into come in the way of a deeper engagement with the men and women of Gandhi Chawl, where most of the action unfolds.

Written by Yogesh Vinayak Joshi and directed by Swapnaneel Jayakar, this slice-of-life drama plays out over a few eventful hours of a single morning in the middle-class chawl. It pivots around two parallel narrative axles, one involving a bubbly boy literally in a 'spot' of bother, the other hinging on a temperamentally tentative young man in danger of losing the girl he loves. Neither strand evolves beyond the mundane. As a result, 15 August, like Bucket List, is a well-intentioned effort that strains for effect but falls way, way short of the bar it sets for itself.

It is easy to fathom what the makers of the film are trying to drive at - 15 August wants us to see the nondescript chawl as a microcosm of urban India - but the end result does not quite measure up. One man describes the place as being "like India, only trash, no development". The characters, however, aren't exactly trashy - they are respectable Marathi folk who succumb to their ingrained idiosyncrasies when they find themselves up against an unexpected crisis.

These likeable people are played by a cast of competent actors who do their best to liven up the tone and tenor of the film. But saddled with a screenplay that doesn't exactly throb with life and rise above the superficial, they are unable to turn 15 August into a parade of delights. Not only is the storyline is woefully thin, the film's principal conflict points are too contrived to be wholly convincing.

As the film opens, the residents of the chawl are preparing to celebrate Independence Day. The audience is introduced to the key players through a string of episodic flashes. A set of parents prepares to welcome a prospective bridegroom against the wishes of their free-spirited daughter. A man named Gavaskar (Sanjay Deshpande) rehearses an Independence Day speech. A busybody, the know-all Gokhale (Vaibhav Mangle), goes about explaining to the boys how to hoist and unfurl the national flag with the aid of a homegrown mechanical device. Amidst all this, Plain Jane Sonu (Mayuri Vishnu Mohite), who has a crush on the film's male protagonist, gives finishing touches to a rangoli around the spot where the flagpole will be planted.

A bizarre crisis erupts and everything screeches to a halt. Ninad (Aaryan Menghji), playing marbles with his friends, has his hand stuck in the hole meant for the flagstaff. His physical predicament is, in a way, mirrored by the hole that another denizen of Gandhi Chawl, Raju (Rahul Pethe), an aspiring artist in love with his comely neighbour Jui (Mrunmayee Deshpande), digs for himself and the girl.

Raju dreams of exhibiting in the city's biggest art gallery one day and has no patience for a financially secure 9 to 5 job. His struggles to establish himself as a painter have gone on for too long and the much-in-love Jui is beginning to run out of patience and the means to keep her parents at bay.

The two crises are linked by a ring that Raju has bought for Jui. It soon joins Ninad's marble at the bottom of the hole that is the centre of the whole rigmarole that ensues. Ninad's parents, the Patils, lose their marbles completely and the neighbours go into a tizzy as all attempts to free the boy's trapped fist come to naught.

The garrulous Gokhale comes up with one hare-brained idea after another but all to no avail. A drunkard sleeping in a parked car contributes his two-penny worth, a politician (Vijay Maurya) arrives and makes a promise that he has no intention of fulfilling and vanishes without a trace, and eventually even a palmist has a go at hazarding a guess on what lies ahead for Ninad and the chawl's Independence Day plans.

As matters come to a head, a swanky black luxury sedan drives into the courtyard carrying successful NRI Amit Inamdar (Adinath Kothare) and his parents. They ask Raju of all people for help to get to Jui's home. The girl has no intention of making a positive impression on the visitors. She drags her feet and devises ways to scuttle her parents' plans until she realizes that the suitor is an art collector who has just spent a bomb to buy the work of a new painter. Could he be Raju's ticket to the big time?

On the acting front, the spotlight is on the trio of Rahul Pethe, Mrunmayee Deshpande and Adinath Kothare. The script does not require any big fireworks from them, but functioning within their comfort zones, they are never less than solid. Among the supporting actors, Vaibhav Mangle stands out. He taps his proven comedic skills to good effect. If only he had livelier lines and situations to work with, it would have been another ball game.

15 August, which launches on Netflix from March 29 for audiences worldwide, misses the highs because it is fixated on low-yielding ideas. It is neither wacky enough nor vibrant enough to be a memorably sparkling comedy of human foibles and frailties. But is it at least a one-time watch? Just about.