14 Years Of Fanaa: What Kajol And Aamir Khan Looked Like Then

"Still remember Poland and how much fun we had there," wrote Kajol 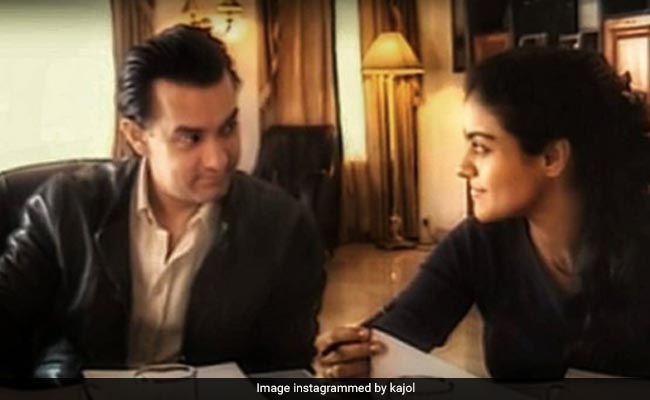 Kajol's 2006 film Fanaa clocked 14 years on Tuesday. Reminiscing her time on the sets of the film, Kajol shared a behind the scenes picture featuring her co-star Aamir Khan on her Instagram profile. In the picture, Aamir and Kajol can be seen looking at each other. Aamir and Kajol can be seen holding sheets of paper as they smile at each other. Sharing the BTS picture from the pre-shoot of their film, Kajol wrote, "14 years of Fanaa. Bts this was pre-shoot. And as usual the film was quite different from what we read on paper." Reminiscing her time during the outdoor shoot of Fanaa in Poland, Kajol further added, "Still remember Poland and how much fun we had there." Take a look at the throwback picture here:

#14YearsOfFanaa. Bts this was preshoot. And as usual the film was quite different from what we read on paper. Still remember Poland and how much fun we had there. @_aamirkhan @kunalkohli @kirronkhermp #RishiKapoor @iamalihaji @yrf

Directed by Kunal Kohli, Fanaa traced the life of a blind Kashmiri woman Zooni Ali Beg, played by Kajol and Rehan Khan, played by Aamir Khan. Zooni and Rehan fall in love but get separated due to a terrorist attack that reportedly killed Rehan Khan. Soon, it is revealed that Rehan Khan was not killed, instead, he is a Kashmiri insurgent Rehan Qadri, who is the mastermind behind the attacks.