Will you be watching films that serve as salve or opt for provocative tales with cautionary core? If it's the latter, here are ten South Indian films. 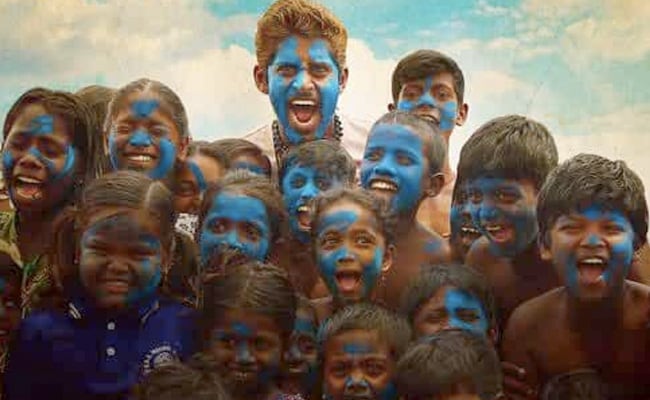 Pa. Ranjith's Pariyerum Perumal BA.BL is on our list too

A virus has brought the world to its knees. As the battle intensifies, will you be watching films that serve as salve or opt for provocative tales with a cautionary core? If the latter is your pick, and you've had your fill of the much-touted Kaala, Super Deluxe, Asuran and Visaranai (in Tamil) and Lucifer, Kumbalangi Nights, Sudani From Nigeria and Jallikattu (in Malayalam), here are ten must-watch South Indian films on Netflix and Amazon Prime that challenge the status quo in a more understated, but no less emphatic, manner. They mirror aspects of our social existence and personal propensities that call for a rethink - and urgent mending. These aren't films that are out to blow your mind. They seek to probe, question and sensitise. They achieve that end with minimum fuss. In these trying circumstances, need we say that the relevance of these films cannot be overstated?

Writer-director-editor Priya Krishnaswamy's second narrative feature, Baaram (Tamil, 2018), streaming on Amazon Prime, isn't your average purveyor of visceral, emotionally heightened, star-driven entertainment. It is an unflinching chronicle that probes the practice of Thalaikoothal (euthanasia without consent) entrenched in some segments of Tamil society. Krishnaswamy meshes elements of a minimalist family drama with documentary realism to craft an important, thought-provoking cinematic essay. A cash-strapped old watchman is bed-ridden after he fractures his hip. A few days later, he dies in his ancestral village where his son has transported him to be placed in the care of a quack. The tragedy arouses the suspicion of the deceased man's activist-nephew, who begins to investigate the cause of the demise. In a style that eschews sensationalism, the film lays bare a disturbing, not-so-well-kept secret.

For his sophomore effort, Thottappan (Malayalam, 2019), director Shanavas K. Bavakutty (Kismath) takes the kernel of a story by Alappuzha writer Francis Noronha and parlays it into something wholly new. A thief Jonappan (Dileesh Pothan) chooses another thief, Itthaq (Vinayakan), to be his daughter's godfather. When the former goes missing without a trace, Itthaq focuses all his energy on being a worthy provider and protector for the teenage Sara (Priyamvada Krishnan). The unhurried story is told in an even-keeled manner. The confident style bears testimony to the director's grasp over the dynamic of the relationship at the film's heart. Thottappan, streaming on Netflix, is eminently watchable.

Take its punishing runtime - two and a half hours - in your stride and you will find as powerful an anti-caste statement as any ever made on the big screen. Produced by Pa. Ranjith and directed by his assistant Mari Selvaraj, Pariyerum Perumal BA. BL (Tamil, 2018), revolves around a young man from a lower caste, Pariyan (Kathir), whose hunting companion, a black dog named Karuppi, is killed. The brutal act, a general metaphor for Pariyan's lot in life, signals the start of a fight that the protagonist, who secures a seat in a law college, must wage against caste hegemony. The film delivers a strong message but does so without ever losing its grip on the dramatic plot. Catch it on Amazon Prime.

This is a simple yet wonderfully effective biopic about Chintakandi Mallesham, a school dropout who, moved by the hardships his mother and other members of the weaving community face, invents a weaving machine to process yarn for Pochampally saris. Debutant director Raj Rachakonda's Mallesham (Telugu, 2019), available on Netflix, steers clear of the standard tropes of the genre and settles for a low-key, realistic portrayal of one man's struggle against poverty, debt and systemic loopholes. Deeply affecting in an inconspicuous way, this film is more than a life story. It is acutely aware of the place, time and people that it is about. At once engaging and enriching.

Debutant director V.C. Abhilash draws a stunning performance out of the ever-reliable Indrans, a veteran who really has nothing to prove. But in Aalorukkam (Malayalam, 2018), streaming on Netflix, he delivers an absolute masterclass. Indrans plays a septuagenarian Ottan Thullal exponent who searches for a son who went missing over a decade and a half ago. When the old man does find his son, the latter is no longer what he was when he left home. It is extremely hard for the father to come to terms with the new reality. Shorn of melodrama, Aalorukkam addresses the theme of sexual identity with exceptional sensitivity. By no stretch of the imagination is the film without its share of flaws, but it is abundantly clear that Abhilash is a director to watch.

This Vijay Sethupathi-produced, Lenin Bharathi-directed socio-political drama is a searing and poignant portrait of exploitation of migrant daily wagers in a cardamom estate in Tamil Nadu. Even as a leftist trade unionist from Kerala organizes the workers, one of them tries to buy a plot of land from a local only to run into obstacles that he has no way of surmounting. Merku Thodarchi Malai (Tamil, 2018), available on Netflix, depicts the plight of the dispossessed and impoverished segments of people in a system that leaves no room for them to work their way out of their misery. The slow-burning film is a no-holds-barred indictment of the greed, corruption and apathy that the obsession with power and pelf breeds.

A raw, hard-hitting expose of entrenched caste prejudice in India, documentarian Amshan Kumar's second feature, Manusangada (Tamil, 2017), streaming on Netflix, is based on true events. A Dalit man receives news of his father's death. On reaching the village for the last rites, he is faced with resistance to his plan to take the "common route" to the burial ground. He is told to go up another path, untended, thorny and meant for the lower castes. Not one to give in, he decides to fight and assert his right. He has to negotiate many a social, bureaucratic and judicial hurdle, which forces him to begin a protest even as the body lies in a freezer box. Opting for an approach that is more humanistic than polemical, Manusangada is a film of immense impact.

This little Malayalam gem directed by Anil Thomas tells the story of a middle-aged single mother who works hard to raise the money she needs in order to send her only daughter abroad for higher studies. But unbeknownst to her, the girl has other plans up her sleeves. This isn't a tour de force in purely cinematic terms and perhaps even tilts a tad towards sentimentality, but there can be no denying that Minnaminungu (The Firefly, 2017) benefits from a sensational central performance from Surabhi Lakshmi playing a character that does not even have a name in the film - a touching commentary on her status.

A bittersweet dramedy in which childhood and old age are juxtaposed in order to articulate home truths about life and death, K.D. (a) Karuppu Durai (Tamil, 2019), directed by Madhumita, is about an old man whose children are keen to see him die so that they can claim their inheritance (another incipient instance of thailaikoothal but treated with dollops of humour). He runs away from home and strikes up a friendship with an orphan boy who teaches him to life to the hilt while it lasts. The director brings commendable restraint to bear upon this heartwarming tale with relatable characters thrown into believable situations. A sparkling gem of a film.

The odd one out. Sarvam Thaala Mayam (Tamil, 2019) is far removed in terms of tone and texture from the other films on this list. It is a lively, uplifting musical drama that addresses caste discrimination from the vantage point of cinematographer-director Rajiv Menon, returning to filmmaking after a two-decade-long sabbatical. He explores two different worlds - one of a renowned mridangam player (Nedumudi Venu), the other of a Dalit mridangam maker (Kumaravel) and his son G.V. Prakash Kumar). The two collide and coalesce as the last named, unmindful of the chasm that separates the two worlds, aspires to break into the rarefied realms of Chennai's Carnatic music festival. Menon extracts great performances from his actors and informs the narrative with tempered dramatic flair and emotional depth. Sarvam Thaala Mayam, on Netflix, is consistently watchable fare.