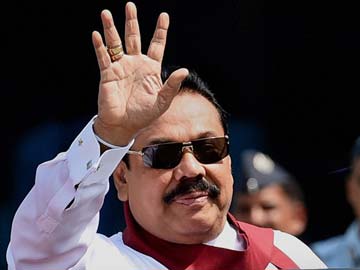 Rajapakasa is among the six heads of state of nations -- in the South Asian Association for Regional Cooperation or SAARC grouping -- invited for the swearing-in which will be attended by nearly 4,000 guests in the forecourt of Rashtrapati Bhavan this evening.

Bhutan Prime Minister Lyonchen Tshering Tobgay and Speaker of Bangladesh Shirin Chaudhry, who is representing her Prime Minister Sheikh Hasina, arrived yesterday for the ceremony. Ms Hasina is travelling to Japan at the time of the swearing-in ceremony.

This is the first time that the heads of state and government of SAARC nations have been invited to attend the swearing-in ceremony of an Indian Prime Minister.

Modi, 63, who led the BJP to an astounding victory in the Lok Sabha polls, will be sworn in as the Prime Minister in the forecourt of the majestic Rashtrapati Bhavan at a grand function to be attended by foreign dignitaries this evening.
Comments
Elections 2014Mahinda RajapaksaInviteSri LankaNarendra Modi