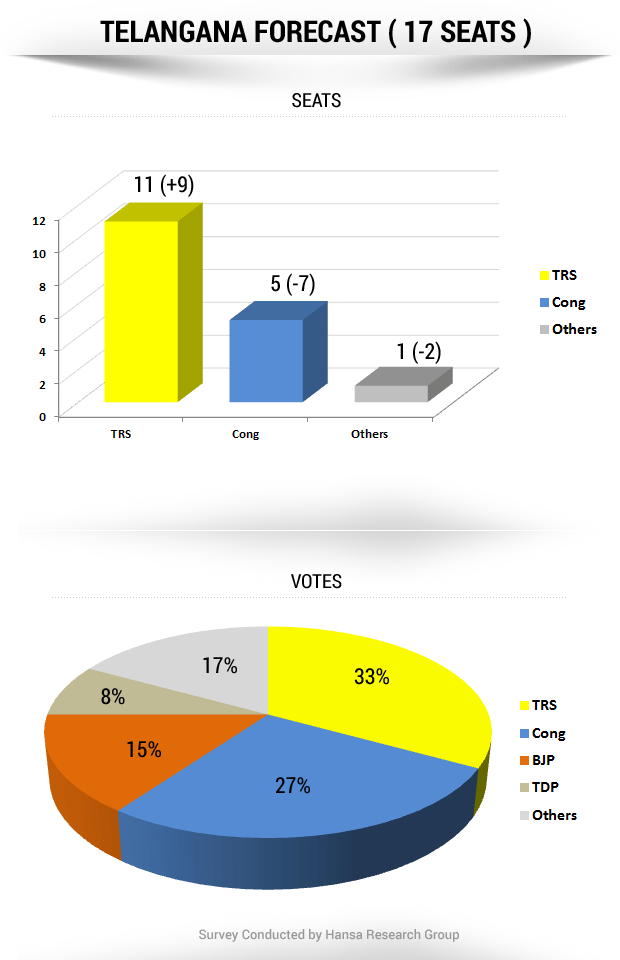 Telangana, to officially be born as India's 29th state on June 2, will express its thanks to K Chandrasekhar Rao or KCR  by giving him 11 of 17 parliamentary seats, according to NDTV's opinion poll.

The Congress is likely to get five seats.

KCR, who heads the Telangana Rashtra Samithi, recently rejected an overture by the Congress for a merger. However, his party has said it is open to an alliance.

The Congress had reportedly rejected KCR's demand to be made chief minister of the new state during the negotiations for a merger. He was also irked by the fact that the new state will not be formally founded till after the national election.

The Congress pushed the proposal for the bifurcation of Andhra Pradesh as vote-bait, hoping to reap a rich harvest in the Telangana region in the national election.

But it ran behind schedule in getting the plan cleared by Parliament.

If KCR and the Congress do agree on a pre-poll partnership, they should sweep the region, according to the opinion poll.