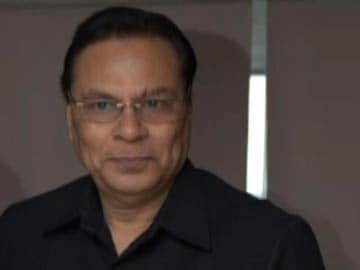 New Delhi: In what could stoke a fresh controversy in the BJP after the row over LK Advani's ticket, the party today replaced seven-time MP Harin Pathak, a close aide of the senior leader, with actor Paresh Rawal for the Ahmedabad East Lok Sabha seat.

The BJP also decided to field state office in-charge of the party, Alok Sanjar, from the Bhopal seat, after party veteran LK Advani agreed to run for Parliament from Gandhinagar in Gujarat.

The Bhopal seat was vacated after senior party leader from the state, Kailash Joshi, quit in favour of Mr Advani.

Former Madhya Pradesh Chief Minister Uma Bharti, who has been nominated by the party to contest from Jhansi Lok Sabha seat in Uttar Pradesh, is also reported to have staked claim for the seat.

In the fresh list of candidates, sitting MP Prabhatsinh Chouhan would again contest from the Panchmahal seat and former MLA Deep Sinh Rathore will contest from Sabarkantha.

Promoted
Listen to the latest songs, only on JioSaavn.com
District president from Mandsour, Sudhir Gupta has been given the party ticket from the Mandsour Lok Sabha seat.