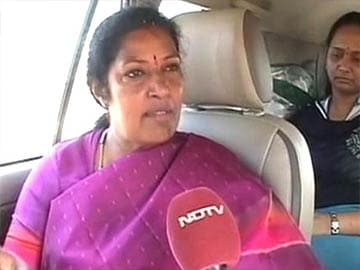 TDP founder N T Rama Rao's daughter is in the fray as the BJP's candidate from Rajampet. She had won from Visakhapatnam in 2009, and was soon made a Union minister. She resigned from the Congress in March in protest against the creation of Telangana, and walked into the BJP, which promptly made her a candidate in the Lok Sabha polls.