Jharkhand woman claims she was gang-raped for working with BJP 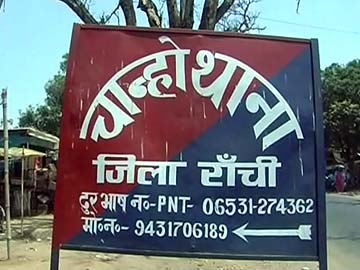 Ranchi: A woman in Jharkhand has alleged she was gang-raped by more than a dozen men because she is working with the BJP, the police said on Tuesday.

The woman, who is Muslim and in her 30s, says she is part of a local minority wing of the BJP designed to attract Muslim voters to the party, which is expected to win the most seats in the national election.

The woman says in her police complaint that a mob attacked her at her home on Monday and also assaulted her 13-year-old daughter. Her husband was allegedly handcuffed during the attack.

Anurag Gupta, a senior officer and spokesman for Jharkhand police, confirmed an investigation had started but said it was too soon to confirm her allegations of a political motive for the attack.

"An investigation from all angles is on and it is very difficult at present to say the exact reason behind the incident," Mr Gupta told news agency AFP. Police inspector TN Singh in the police station closest to woman's home said villagers had used the loudspeaker of the mosque to alert others to the assault, after which the attackers fled.

Women's issues are high on the agenda in the parliamentary elections following the fatal gang-rape of a student on a New Delhi bus in December 2012, which ignited a national debate about sexual violence.

Promoted
Listen to the latest songs, only on JioSaavn.com
In the current Parliament women hold only 11 per cent of seats in both houses.