Congress' Asha Patel has defeated, by a wide margin, sitting BJP lawmaker Narayanbhai Lalludas Patel of the BJP, from Unjha constituency which has Prime Minister Narendra Modi's home town, Vadnagar, according to Gujarat election result announced by the Election Commission. 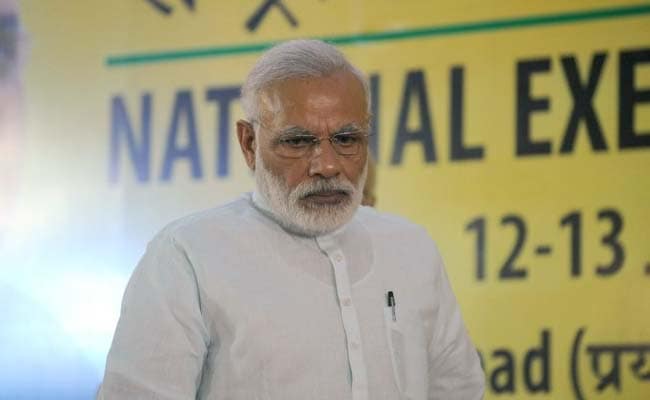 Vadnagar: The BJP has managed a sixth win in the Gujarat assembly, a rare achievement for a political party anywhere in India outside West Bengal, but the Gujarat poll result suggests the Congress has been able to spring a surprise on the BJP in Unjha constituency that includes Prime Minister Narendra Modi's hometown of Vadnagar.

Congress' Asha Patel is the new lawmaker from this constituency in Mehsana district, about 100 km from Ahmedabad.

The 40-year-old Congress candidate has defeated, by a wide margin, sitting BJP lawmaker Narayanbhai Lalludas Patel, 74, who hadn't lost an election from this BJP bastion in more than two decades.

With 81,797 votes, Asha Patel had a lead of nearly 19,000 over her BJP rival who polled 62,268 votes, according to the poll body's Gujarat poll result. Mr Narayanbhai Lalludas Patel's vote share in the Gujarat polls result was less than what he had secured in the 2012 assembly elections.

PM Modi's connection to the Unjha assembly seat, particularly Vadnagar, makes it a prized win for the Congress, particularly given how PM Modi and Congress president Rahul Gandhi had made it a point to cover this seat in their campaign trail.

Mr Gandhi, the party's star campaigner, had extensively campaigned in Unjha during his Navsarjan Yatra and prayed at the Umiya Mata temple, close to the prime minister's hometown Vadnagar. He was back in Vadnagar days before polling.

On his first visit to his hometown since 2014, PM Modi had this October refreshed his ties with an impromptu visit to the school he had attended in Vadnagar.

It is the same town in Gujarat where at a railway station PM Modi used to help his father sell tea when he was a child. The dilapidated tea kiosk had been spruced up and decked up with flowers.

Promoted
Listen to the latest songs, only on JioSaavn.com
"This visit will bring back several memories from my childhood," PM Modi had then declared.

"I started my journey from Vadnagar and now I have reached Kashi (his Lok Sabha constituency Varanasi). Just like Vadnagar, Kashi is also the town of Bhole Baba (Lord Shiva)," the Prime Minister said.  The blessings of Lord Shiva, he said, gave him "the strength to drink and digest poison". "Due to this ability, I was able to counter all those who spewed venom against me since 2001," he had said.