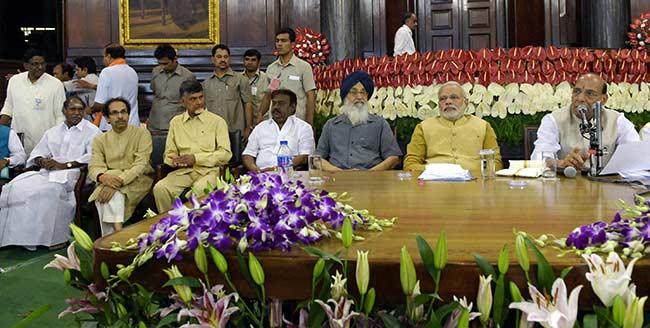 New Delhi: In his thanksgiving speech in the Central Hall of Parliament today, Narendra Modi, the Prime Minister-elect, hailed the allies of the BJP, even though his party had secured a majority in the Lok Sabha on its own.

Here is a list of the partners of the National Democratic Alliance, which was formed in 1998:

Promoted
Listen to the latest songs, only on JioSaavn.com
Besides these parties, there were several other NDA partners which failed to open their account in the Lok Sabha. But Mr Modi made it a point to thank them for their contribution in taking the NDA well beyond the halfway mark. Popular Telugu actor-turned-politician Pawan Kalyan, who has floated the Jana Sena, did not contest, but campaigned for the NDA.