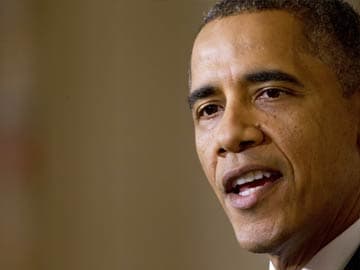 Mr Obama said that the largest democracy in the world has given a "decisive mandate" and that he wished that under Narendra Modi's leadership, India will contribute significantly at the global stage.

Both leaders discussed the India-US Strategic Partnership and the prevailing global economic situation.

This was the first high-level contact between Mr Modi and the US leadership ever since 2005 when the Gujarat chief minister had been denied a US visa due to his alleged complicity in the 2002 riots in the state.