UP Board Result 2019: Date For Result Declaration Not Decided Yet, Says Board Official

UP Board result will be released on the official result website, upresults.nic.in.

UP Board result 2019 expected soon on the official result website, upresults.nic.in.
New Delhi:

Uttar Pradesh Madhyamik Shiksha Parishad (famous as UP Board) has not fixed any date for UP Board result 2019 yet, according to an official. When asked about a possible results declaration on April 20, the official told NDTV that the Board is still preparing for the results and the UP Board result for 10th and 12th will not be announced on the said date. UP Board Class 10 and Class 12 exams began on February 7 and concluded on the first week of March, which is a commendable achievement for the state education board as some boards in the country were yet to start the annual exams. In 2018, UP Board results were announced on April 29. The UP Board result will be released on the official result website, upresults.nic.in.

The UP Board officials had earlier said the results will be released earlier this year compared to last year. 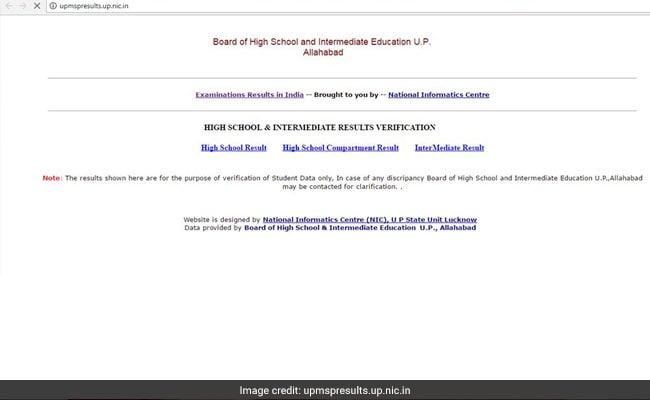 UP Board result 2019: The results are expected to be released on the Board website too.

The daily reported that the move is to stop non-serious candidates from applying for scrutiny of their class 10 and class 12 board exam answer sheets.

The scrutiny application window will be opened after the UP Board result declaration.

Central Board of Secondary Education (CBSE), the national board which conducts annual examinations for more than 25 lakh students every year in secondary and higher secondary levels, charges Rs 300 per subject for scrutiny.