Uttar Pradesh Board of High School and Intermediate Education released the exam date sheet or time table for class 10 (high school) and class 12 (intermediate) examination today on the official website.

UP Board Exam 2018 Date Sheet: Check Class 10, 12 Complete Time Table Here
New Delhi: Uttar Pradesh Board of High School and Intermediate Education released the exam date sheet or time table for class 10 (high school) and class 12 (intermediate) examination today on the official website. Earlier in the afternoon today, the Uttar Pradesh Board of High School and Intermediate Education has declared the exam dates officially in a press meet. UP Board class 10 and class 12 exams for this academic year are scheduled to begin from February 6 next year. According to the time table released today, the class 10 board exams will continue till 22 February and while the class 12 exams will be concluded on March 14, 2018.

Uttar Pradesh Board Secretary Neena Srivastava said the Class 10 exams would be completed in a record 14 working days this time while the exams for Class 12 will conclude in 25 working days, as desired by the Yogi Adityanath government.

Deputy Chief Minister Dinesh Sharma, who also holds charge of Secondary Education and Higher Education Departments, had asserted that the exams this year would be conducted with full transparency, be cheating free and also be done within a month. 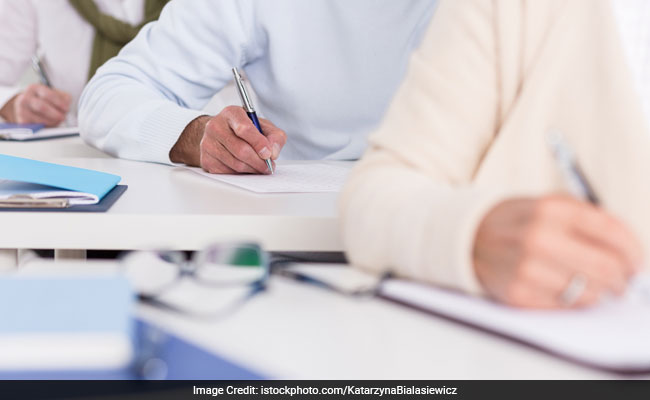 Usually, the dates of UP Board High School (Class 10) and Intermediate (Class 12) exams are released around the month of December, but, Mr. Sharma has recently asked the education department to declare the dates early, so the students may start preparations for the class 10 and class 12 board exams early.

Mr. Sharma also earlier said that the Uttar Pradesh government was taking necessary measures to completely eradicate the 'nakal mafia' from the state and to this end the government has launched helplines and Whatsapp numbers on which anyone could lodge complaints.

According to Secondary Education Director Amarnath Verma, last academic year, around 30 lakh candidates appeared in the high school examinations and the overall pass percentage stood at 81.18 percent while about 25 lakh students appeared for intermediate out of which 82.62 percent secured the passing marks.

UP Board time table UP Board Date Sheet

NEET PG 2022 To Be Conducted Today From 9 AM; Check Exam Guidelines