Panel To Be Formed To Review Progress Of IIT Research Parks: Prakash Javadekar

The HRD Ministry has decided to form a panel to review the progress of research parks at IITs across the country, Union minister Prakash Javadekar said today. 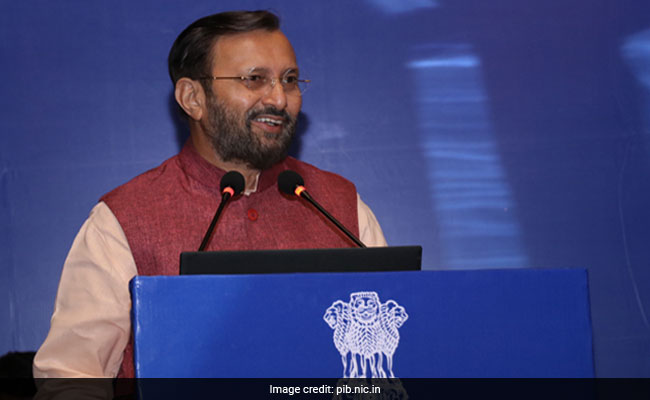 Panel To Be Formed To Review Progress Of IIT Research Parks: Prakash Javadekar

While the research park at IIT Madras is fully operational since 2010, the other are at different stages of completion.

We've provided funds for several IITs to set up Research Parks like the one in @iitmadras . We'll review & if needed set up a committee to ensure that the efforts of @iitmadras is replicated everywhere else. This is what the #NewIndia that the PM @narendramodi is talking about. pic.twitter.com/yjuCs0lhxu

Prakash Javadekar said that it is important that socially relevant research is carried out by the premier institutes across the country.

The HRD minister made the announcement about the panel's formation during his visit to IIT Madras Research Park where he inaugurated new facilities.

"Once I am back in Delhi, I will review the progress of all IIT research parks. A committee will be formed for the purpose. We need to find out whether socially relevant research is being done. I want that the IIT Madras Research Park model, which is working successfully, is replicated across the country," he said.

"The IIT Madras experiment has prompted many Indian companies and universities to fund research in India rather than abroad," he told a group of reporters. The minister expressed disappointment over the country's premier educational institutions, including the IIMs, not "bothering" to carry out research on "what people felt about demonetisation when they stood in queues for over 50 days but supported it wholeheartedly".

"Google, WhatsApp, Twitter, Facebook are not Indian innovations but many of the brains associated with them are Indians. So we want people to come to India and innovate, an area where we are lagging behind," he said.

Prakash Javadekar also announced launch of "Smart Campus" campaign which will have various components including saving, conserving and recycling of water.

"It is better to carry out research aimed at solving problems of the people. We have to save electricity," he said.

The minister is also planning to write to various ministries and companies asking them to compulsorily set the temperature of air conditioners at 24 degrees Celsius to save power.

It houses the research, development and innovation wings of industry majors engaged in collaborative research and technology transfer. The government had provided Rs 100 crore for setting up the research park spread over five blocks catering to information technology, mechanical, bio-sciences and other sectors.

(This story has not been edited by NDTV staff and is auto-generated from a syndicated feed.)
Comments
Prakash JavadekarIIT