Council of Higher Secondary Education (CHSE), Odisha has finally announced the plus two science result in the State.

Odisha Plus Two Science Result 2017 Declared
New Delhi: Council of Higher Secondary Education (CHSE), Odisha announced the plus two science result today. The announcement of HSC science result will now help students prepare for the first level of higher education. The Mass Education minister Badri Naryan Patra announced the results and he said that 81.11 per cent students have cleared the examination out of 90,643 students who had appeared for the science stream exam.

According to PTI, of the total candidates, 73,523 have passed.

Continuing the trend, girls outshone boys in the Plus II Science examination of CHSE, the results of which were declared today.

The Board has further announced that the last date for rechecking or re-addition is 29 May 2017. 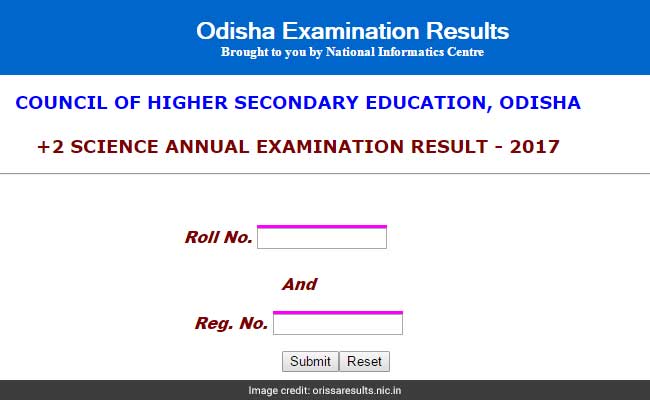 27 students, 18 boys and 9 girls, have secured more than 90 per cent, Patra said adding that the girls outshone boys in the exam as 82.36 per cent of them passed compared to that of boys whose success ratio stood at 80.29 per cent.

Balasore topped among the districts of the state with 93.61 per cent students passing the examination. Pass percentage in Jharsuguda district stood at a mere 50.51 per cent.

Admission to various undergraduate courses will commence soon. Awaited entrance exam result, even the examination not held yet will be done soon after. Students can check their result at orissaresults.nic.in and also at chseodisha.nic.in. Also read: how to check the Odisha plus two result online.

The declaration of science stream result is ought to make students of other stream anxious for their result. However as of now, no official announcement has been made by the Board yet. Still, the result for humanities and commerce stream can be expected soon as well.

The Board had conducted the intermediate examination in the month of March this year.

Since huge number of students are waiting for the result, server issues are ought to happen. In such cases, students must keep patience. The result will be available on the official website for a longer duration. Moreover students can keep trying for the result during offpeak hours.

AICTE Partners With IITs To Offer Internship To Students Of Jammu And Kashmir, Ladakh

Schools To Reopen In Entire Maharashtra From October 4