University Grants Commission (UGC) has released a new notification in regard to the Maulana Azad National Fellowship (MANF) for minority students for the year 2018-19. 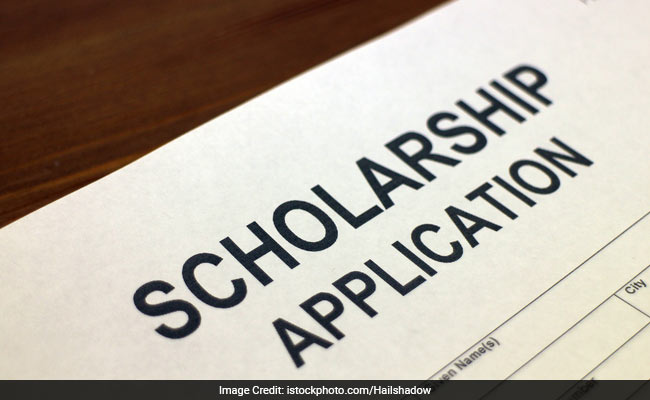 The UGC invited applications for the award of 1000 fellowships under the MANF scheme.

University Grants Commission (UGC) has released a new notification in regard to the Maulana Azad National Fellowship (MANF) for minority students for the year 2018-19. According to the latest announcement, all candidates belonging to one of the minority communities who are enrolled for full time research programmes with UGC NET or CSIR-NET can apply for the scholarships now.

NDTV has yesterday reported a discrepancy in the initial notification, after students and student organisations questioned UGC's logic in choosing only two editions of NET exams, that too, only CSIR NET, as criteria for awarding these monthly scholarships for a five year period.

The first notification had prescribed qualifying "CBSE-UGC-NET/JRF/CSIR-NET/JRF held in December 2017 and June 2018" as criteria for the scholarship. CSIR NET is conducted for the Science students while UGC NET is organised for the students belonging to Humanities background. 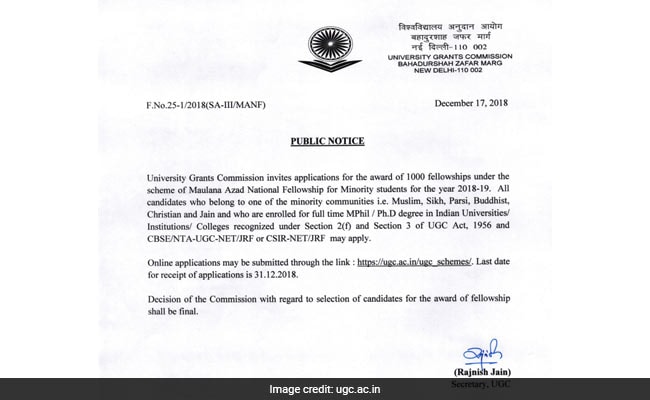 After students and student organisations criticised UGC, the Commission released a new notification on December 17, 2018.

After a two year interval, the UGC invited applications for the award of 1000 fellowships (an increase from 756) under the MANF scheme.

"All candidates who belong to one of the minority communities i.e. Muslim, Sikh, Parsi, Buddhist, Christian and Jain and who are enrolled for full time MPhil / Ph.D degree in Indian Universities/ Institutions/ Colleges recognized under Section 2(f) and Section 3 of UGC Act, 1956 and CBSE/NTA-UGC-NET/JRF or CSIR-NET/JRF may apply," said the latest notice.

The new notice however, did not mention anything about the complaints researchers talked about the time window or using NET itself as a criterion.

Last date for receipt of applications is December 31, 2018.

The applications can be submitted through the link: https://ugc.ac.in/ugc_schemes/.

"Decision of the Commission with regard to selection of candidates for the award of fellowship shall be final," said the notice.