He said his two children, who study outside the state, will not be eligible to apply for any state government job in Assam as they have not studied Assamese in their schools. 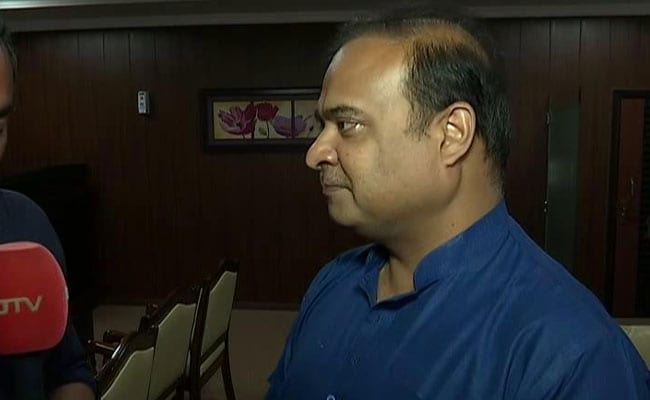 Assam Education Minister Himanta Biswa Sarma on Saturday said that only those who have studied Assamese till Class 10 will be eligible to apply for state government jobs. Mr Sarma told reporters that the rule will be applicable to all the areas of the state barring the three Barak Valley districts and the Bodoland Territorial Autonomous Districts (BTAD), where similar clauses will be in place with regard to Bengali and Bodo respectively.

He said the state Cabinet has already taken a decision for making Assamese a compulsory subject in all mediums of schools and incorporating this new rule, will "table a Bill in the Assembly during the budget session".

He said his two children, who study outside the state,will not be eligible to apply for any state government job in Assam as they have not studied Assamese in their schools.

Mr Sarma said the state government will spend Rs 3,000 crore to revamp elementary, secondary and higher secondary education. "Approximately 15,000 posts of teachers in the elementary level and 8,000 in the secondary level will be filled within the next six months," he said.

In the higher education level, 30 new colleges will be provincialised and 900 teaching and non-teaching posts regularised, the minister said.

"There are around 42,000 teachers working under the Sarva Shiksha Abhiyan (SSA) and the state government will address the issue of pay parity, security of tenure and issue of medical reimbursement in the next six months," he said.

Introduction of science stream in colleges, the establishment of 100 high schools in the tea garden areas and upgradation of high schools to higher secondary schools will also be taken up in the next six months, Mr Sarma said.

He said the state government has decided to give four sets of uniforms to school students from classes 1 to 8.

Also, for the first time, two sets of uniforms will be given to students of classes 9 and 10, he said.

(This story has not been edited by NDTV staff and is auto-generated from a syndicated feed.)
Comments
Assam