Schools and other educational institutions in flood-affected Kerala are set open tomorrow after the Onam vacation.

Schools and other educational institutions in flood-affected Kerala are set open tomorrow after the Onam vacation, while the educational buildings which are damaged or which aren't fit for functioning are exempted. Minister for Education C Raveendranath said that the district collectors can take the decisions in this regard, reported Mathrubhumi News.

"The situation in most schools in flood-affected areas have improved, but, in the cases of damaged schools, the district collectors make a call," an official from Kerala Department of Higher Secondary Education (DHSE) told NDTV.

"The department will take decision later on the Onam examinations," the DHSE official said.

However, the minister said that 98 per cent of schools in the state are in good condition.

"The books for students who have been affected by floods will reach the schools soon. Discussions will be held with teachers' associations to make up the loss of days in the academic year," Mathrubhumi reported as the minster saying.

"It's really heart-breaking," said Sajoy George, a teacher, engaged in rehabilitation work in a government school at Moothakunnam in Paravoor. 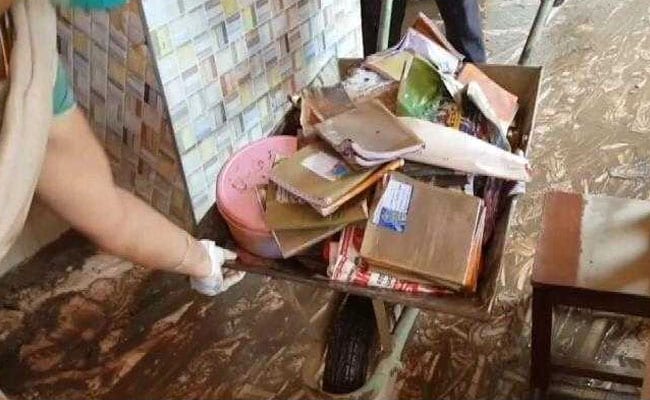 "We've lost everything in the muddy water, including creative works of our children, their library and digital classrooms set by the government to impart them modern education," he said.

Service books of the teachers and non-teaching staff also found lost in many of these schools, officials said.

Top Education department officials said rehabilitation was being done on a war footing in the schools by teachers, non-teaching staff, officials of SSA and volunteers, aided by the local administration, to get them ready by August 29 when children return after the Onam holidays.

The students may now able to learn about the havoc caused by the recent floods, according to the education minister, the government will think about including matters related to the flood havoc in the syllabus.

If IIT Bombay Can, Why Not Others? NSUI Opposes Decision On Final Exams