Kerala Entrance KEAM 2017 Result Declared; Check Now At Cee-kerala.org
New Delhi: Commissioner of Entrance Exams (CEE), Kerala has declared the result/score card for Kerala Engineering Agriculture Medical (KEAM) entrance exam 2017. The results are available on the CEE official website. According to a press release on the website, the link to update marks scored in the qualifying examination will be available soon. This step is necessary as the admission is granted on the basis of marks scored in both KEAM exam and qualifying examination. KEAM 2017 exam was conducted on April 24 and April 25. According to a press release published by the CEE, 90806 students have appeared for the engineering entrance and out which 72440 students have qualifed for the higher studies.

An official had earlier confirmed to NDTV that the results would be published today by 6:00 pm.

The students can follow these steps to check the KEAM engineering and pharmacy score cards: 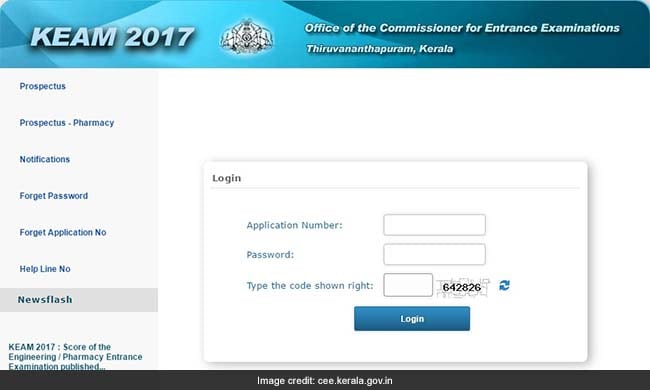 
Step one: Go to CEE, Kerala official website: cee-kerala.org or cee.kerala.gov.in
Step two: Click on the link which says KEAM 2017 - Candidate Portal
Step three: Enter your application number, password and the number given there
Step four: Submit and view your result.

The candidates can download the results for further use.

As per the official press release the link to update qualifying examination marks will be activated after today.

The result for qualifying exam (class 12) was declared for Kerala State Board students on May 15, 2017.

DU Puts Out Guidelines For Exams, Students Can Write In Paper At Home

Haryana Has Emerged As Hub Of Quality Education: Governor Dattatreya