Polling is over for the JNUSU or Jawaharlal Nehru University Students' Union election. According to a source, 67.8 per cent students participated in the election process which is being held to elect four central panel posts - president, vice president, general secretary and joint secretary - and representatives in various schools affiliated with the varsity. The counting is expected to begin by late on Friday. The results are expected to be out by Sunday early morning. Major students' organinsations contesting the JNUSU elections include AISA, SFI, AISF (left alliance), BAPSA, NSUI and ABVP.

According to reports, out of the total 7,644 voters, 5,185 students voted in the polls. School of Languages or SL reported major polling with 1,764 votes.

All eyes are now on the outcome of the polls.

Though, JNU has remained a left bastion in student politics traditionally, BAPSA which asserts 'Bahujan, scheduled caste and minority' politics, was able to make inroads in recent years. 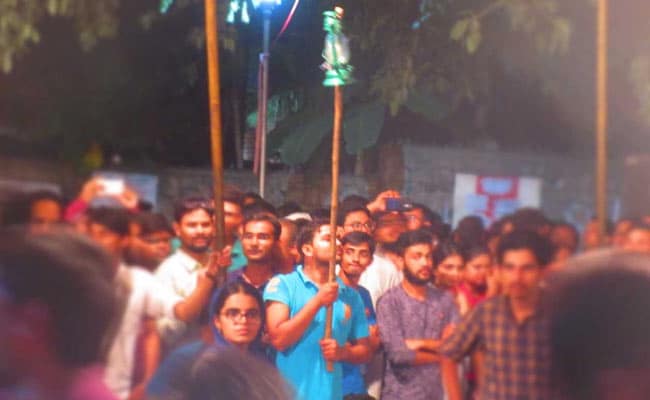 The united-Left alliance has fielded N Sai Balaji of the School of International Studies as its presidential candidate. Balaji belongs to the All India Students' Association (AISA).

Democratic Students' Federation's (DSF) Sarika Chaudhary, a student of the School of Social Sciences, will be contesting for the post of vice-president.

A student of the School of Social Sciences, Aejaz Ahmad Rather of the Students' Federation of India (SFI) will be standing for the post of general secretary.

All India Students' Federation's (AISF) Amutha Jayadeep, a student of the School of Social Sciences, will contest for the post of joint secretary.

Apart from the usual campaigning procedure, JNUSU polls are also known for their presidential debate which happened on Wednesday. The candidates also addressed the questions put forth to them by the spectators after the debate was over. The Presidential debate is considered to be a deciding factor in the elections.

NIT Sikkim's Permanent Campus To Be Ready Within Next 3 Years: MoS Education

43% Teachers Unhappy With Online Mode Of Teaching In Pandemic: Survey