JNUSU Election: Eight candidates are in the fray for the presidential post. 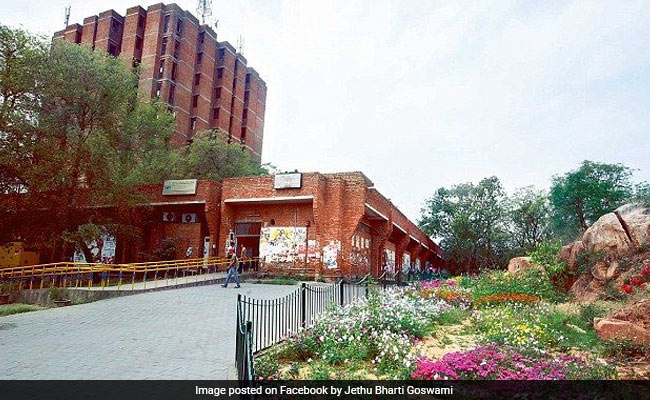 JNUSU Election: The Left has fielded N Sai Balaji as its presidential candidate.

About 70 per cent of the Jawaharlal Nehru University (JNU) students cast their votes to elect representatives to their students' union today. A total of 5,185 votes were polled out of 7,650, according to the information received by the Election Committee, comprising university students.

Eight candidates are in the fray for the presidential post in JNUSU polls. AISA, AISF, SFI and DSF, all leftist groups active in campus politics, have come together -- like last year except AISF, which had its own president candidate -- to form an alliance and have fielded International Studies scholar N. Sai Balaji as their presidential candidate.

The DUSU poll results were announced on Thursday. The ABVP won three central panel posts while Congress's NSUI emerged victorious in one. NSUI's Sunny Chhillar was defeated by ABVP's Ankit Baisoya in the presidential election with a margin of 1,744 votes while Shakti Singh, also from ABVP, was declared as the vice president after he won with a margin of 7,673 votes. The office of the Chief Electoral Officer in Delhi said that the electronic voting machines used in the election were not issued by the Election Commission and it seems to have been procured privately.

Here are the live updates on JNUSU Election:

Sep 14, 2018 17:30 (IST)
"We are examining all the aspects of moving the court," Mr Maken said, when asked whether the Congress would seek legal recourse after the NSUI's defeat in the DUSU polls. He added that the Congress and the NSUI would stage protests in the Delhi University on the issue.