EFMD Case Writing Competition 2016 awards ceremony will take place on the 7th of June at Berlin! Bengaluru: A two-part Tata Group case, co-authored by J. Ramachandran, Professor of Strategy, Indian Institute of Management (IIM) Bangalore Chair of Excellence and Bain Fellow, K S Manikandan, Associate Professor of Strategy, IIM Tiruchirappalli, and K Rajyalakshmi, formerly Research Associate at IIM Bangalore, has won the 2016 EMFD Case Writing Competition. This year was a record for the number of entries received and the quality was exceptionally high. The Tata Group case won the award in the category 'Indian Management Issues and Opportunities'.

The awards ceremony will take place on the 7th of June at Berlin, Germany, said a statement from IIMB. 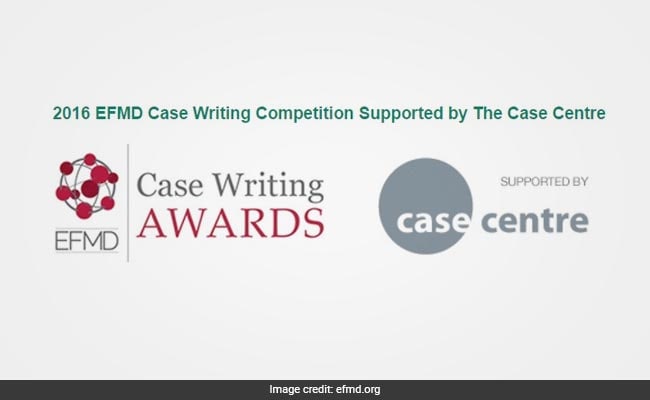 The second part, titled the 'Cyrus Mistry Years Case', co-authored by K S Manikandan and J Ramachandran, describes Cyrus Mistry's leadership of the Group until it ended abruptly with his sudden removal as Chairman of Tata Sons on October 24, 2016, and the reinstatement of Ratan Tata as Interim Chairman.

"We are delighted with this recognition. Diversified business groups, which are widely prevalent in emerging economies, are an important organizational form as they defy received view that unrelated diversification is value destructive. This two-part case study based on an exemplar business group based in India, an emerging economy, is apt for MBA and Executive MBA courses on Corporate Strategy and Strategy in Emerging Markets," said Prof.  J Ramachandran.

For the last thirty years, EFMD has been organising its yearly case writing competition. With a wide selection of categories that focus on specific issues, as well as specific regions of the world, the aim of the EFMD case competition is to encourage and support the writing and creation of new and innovative case material.