"You can shape the country the way you want. A lot depends on you. Give children an education that teaches them how to fight challenges in life," he said. 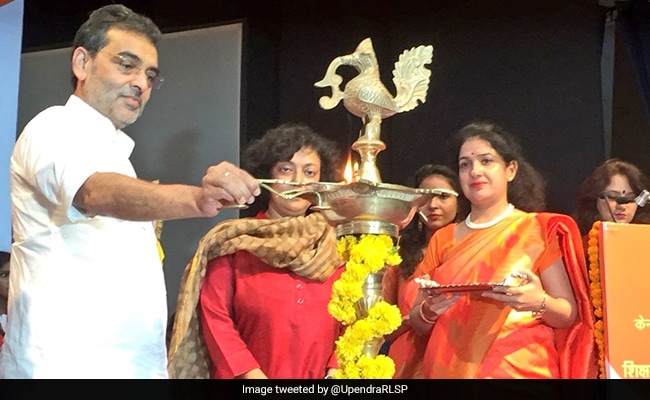 At a programme to felicitate 37 CBSE teachers chosen from across the country for their contribution to the sector, the minister of state for human resource and development said women can be better teachers than men because students see in them a mother figure.

"Kids tend to think women teachers are like their mother. Would they think the same about men," he wondered. "Women can understand the feeling of children better than men. Understanding their feeling and then teaching them is the most important thing," he said.

He told the teachers felicitated there that they were selected because they were doing more than expected.

The minister said two-three incidents "shook him and directed my attention" towards the education system. "A few days ago, the media reported about an engineer who worked abroad. When he returned to India after 6-8 months, he found the skeleton of his mother, who lived alone, inside their home," the minister said, questioning the education "we are giving to our children".

He expressed concern about civil servants committing suicides after doing all the hard work to reach the position.

"Swami Vivekananda had said that education should teach a person how to fight challenges. Had we taught them how to face difficulties, those officers would not have committed suicide," he said. "A few days ago, a student murdered another child in a school to compel the authorities to postpone exams," he said. Kushwaha said there could be shortcomings in the education system but a lot depends on how teachers implement it.

"You can shape the country the way you want. A lot depends on you. Give children an education that teaches them how to fight challenges in life," he said.

(This story has not been edited by NDTV staff and is auto-generated from a syndicated feed.)
Comments
Upendra KushwahaTeachers