Shri Ram College of Commerce (SRCC) has released the third cut off list for admission to BCom (Hons) and BA (Hons) Economics courses. 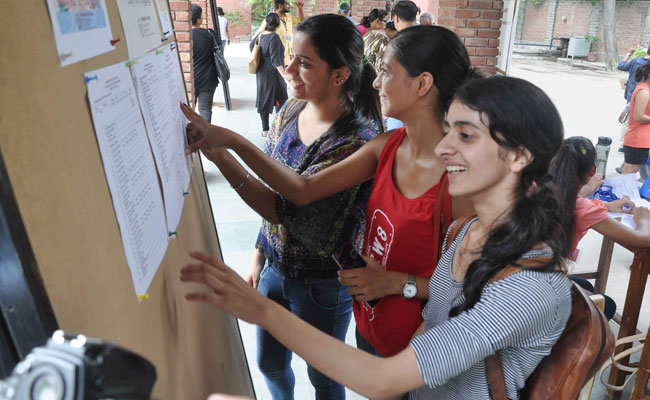 New Delhi: Shri Ram College of Commerce (SRCC) has released the third cut off list for admission to BCom (Hons) and BA Economics (Hons) courses. While seats have been filled up for general and OBC categories, the cut off is still high even for unreserved categories. For BA Economics (Hons) the cut off for SC category is 93.5%. For completing the admission formalities candidates can contact the college authorities between 9.00 am to 1.00 pm. Admission to BCom (Hons) course has been closed for SC category, as well.

SRCC Third Cut Off List Released; Check For Other Colleges At Du.ac.in

Considered to be one of the top ranked commerce colleges in the country, SRCC is one of the most sought after colleges during DU admission. The college grabs the limelight every year with its high cut off percentage. Though this year the percentage has been a bit low but still it is high among all colleges. This year in its first cut off for B.Com. (Honours) and BA (Hons) Economics which was published on June 23, SRCC kept the marks at 97.75%.

Seats for admission to BA (hons) Economics were filled up in general category in the first list itself.

With the third cut off list candidates can seek admission to near about 28000 seats. Also Read: DU Releases Second Cut Off List: No Seats In Top Courses At Leading Colleges