DU PG Admission 2017: Online Registration To Start Today Evening
New Delhi: University of Delhi will start the PG admission process today evening. The admission process for the PG programmes in Delhi University (DU) will start in the official website today. PG admission process in DU was scheduled from June 7. According to reports, the date was rescheduled because of the software glitches but an official from the DU admission committee told NDTV that there were confusions regarding the decision on online-offline entrance tests, which caused the delay.

After all rescheduling, the admission registration process will start today evening, an official confirmed to NDTV.

The university had earlier decided to conduct the entrance exams online but later changed the decision and now the exams will be offline.

An official from the admission process said this caused the confusions last time.

"Initially we decided to conduct the entrance examination online, but, later the decision was overturned and the university took decision to conduct the exams offline. Subsequently, this development caused confusion and we needed time to find exam centres in various cities and universities," said a member of DU's admission committee.

However, the official said the admission process will be on time.

The Online Registration process for PG Programmes will start at 8 P.M. on 12 June 2017, said an update from Delhi University official website. 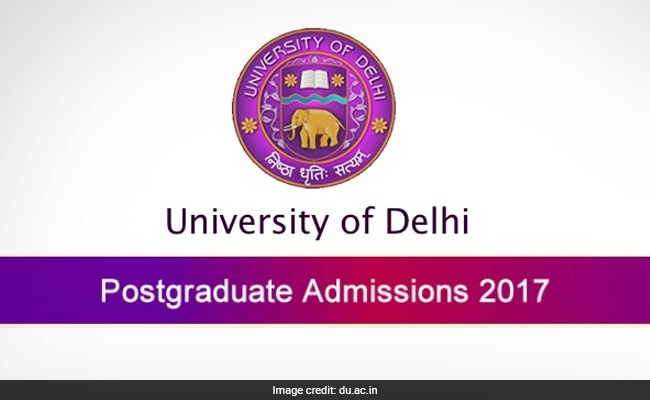 Last Date for registration for these courses: June 20, 2017

The online registration window for DU PG Admission will be opened on the official website of Delhi University, du.ac.in.