The evaluation for the class 10 and 12 board tests this year shall be done as per the grace marks policy that was in vogue when the students submitted the examination forms, the Delhi High Court ordered today. 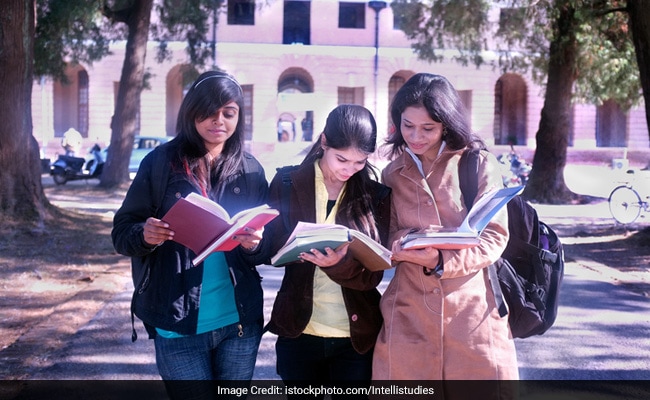 Delhi HC On CBSE Results: 'Evaluate 2017 exams as per policy in vogue'

New Delhi: The evaluation for the class 10 and 12 board tests this year shall be done as per the grace marks policy that was in vogue when the students submitted the examination forms, the Delhi High Court ordered today. A bench of Acting Chief Justice Gita Mittal and Justice Pratibha M Singh refused to allow the CBSE to withdraw its moderation policy for the exams held this year, saying "rules cannot be changed after the game has begun". Under the moderation policy, grace marks are given to the students in exams for difficult questions or errors in the question paper. The court said the students who took the exams "ought to have been put to notice" as they have the "right to know" what the Central Board of Secondary Education (CBSE) was doing.

"These children, who have worked so hard and have burnt the midnight oil, are entitled to some stability and the only stability they know is the system. Do not instill insecurity in them. Don't do it (withdrawal of the policy) this year," the bench said.

"You cannot play with the future of students," it said, adding "we are deeply concerned by the timing of the policy."

The court said while the CBSE's decision was "wonderful" as it was attempting to bring uniformity in the evaluation process to address the issue of "spiking" of marks, it "should have been done prospectively and uniformly for everyone across the country".

The ruling assumes significance as some states, like Kerala and Tamil Nadu, have decided not to withdraw the moderation policy this year.

Another "distressing" factor was that the CBSE had "completely ignored" the fact that conditional admission had been offered to Indian students by foreign varsities on the basis of the evaluation policy in place while it decided to withdraw the moderation policy.

It said the students who would have got such offers would have taken loans and made payments and if the policy is withdrawn, it would cause "grave and irreparable financial loss" to the children.

"It cannot be denied that a change in policy can have drastic consequences. Grave and irreparable financial loss may also enure to the students," the bench said and added that it may also "completely change the course of academic future of students, especially those of Delhi."

The court said it "would be a tragedy" if the CBSE students lose out on seats in foreign varsities to children from other countries because of the change in policy.

"Don't trouble the children who have given the exams," it said while hearing a PIL by a parent and an advocate challenging the Board's decision to withdraw the moderation policy.

Senior advocate Balbir Singh, appearing for the petitioners, argued that already some states have declared the exam results for Class 10 and 12 and they have given the students the benefit of the moderation policy.

He said that students of such states would stand a better chance of getting the 10,000 seats in the Delhi University as compared to students of the national capital.

Additional Solicitor General Sanjay Jain, appearing for CBSE, said no student had a vested right to expect that his or her marks would be increased.

He also said that it was decided to withdraw the policy to address the issue of "spiking of marks".

The court, however, said that no matter how many guidelines are there, it "cannot change human nature, human error or psychology" as it was impossible for an examiner who checks thousands of answer sheets to give his or her 100 per cent to the process of evaluation.

The bench said even exceptionally sensitive and well trained teachers would find it impossible to maintain objectivity after checking 10-15 answer sheets. "It is a horrible job," it said while terming as "ridiculous" the marking system in place.

During the hearing, the court was told by the CBSE that the deliberations over the withdrawal of the policy had begun on April 24 this year and the decision was approved on May 4 and circulated on May 10.

To this, the bench said that even on May 10, the Board had "not seen it fit" to inform the students about the change in policy.

The court noted that the meeting for change in policy took place on April 24 after majority of the exams had got over and the evaluation of some subjects had already started.

The court said that the petitioners, Rakesh Kumar and advocate Ashish Verma, have made out a prima facie case to show that "grave and irreparable loss" would be caused if no interim protection is granted.

It told the Board to follow the evaluation policy which was in place when the students had submitted the exam forms and listed the PIL for further hearing on July 20.

The court had yesterday termed as "unfair and irresponsible" the CBSE's decision to scrap its 'moderation policy'.

The plea had also contended that the decision denies a level-playing field to CBSE students, as compared to those of other State Boards and entities, in matters of college admissions and grant of streams, among others.


(Except for the headline, this story has not been edited by NDTV staff and is published from a syndicated feed.)
Comments
CBSE Class 10CBSE Class 12CBSE Exam