The pamphlets contain shameful, defamatory and sexist remarks against Atishi as well as against the mother of Deputy Chief Minister Manish Sisodia., says Delhi Commission For Women. 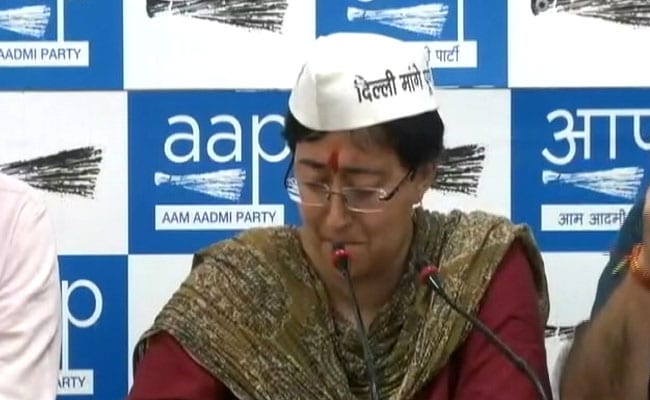 Atishi broke down at a press conference called by AAP, where leaders displayed the pamphlet.

The Delhi Commission For Women has issued a notice to the Delhi Police asking whether it has registered an FIR in connection with circulation of pamphlets containing "objectionable remarks" about Aam Aadmi Party (AAP) candidate Atishi.

The notice was issued after Atishi broke down during a press conference while reading out the pamphlets today.

"The pamphlets contain shameful, defamatory and sexist remarks against Atishi as well as against the mother of Deputy Chief Minister Manish Sisodia. This act is a vicious attack on the character and reputation of a female candidate and clearly outrages the modesty of a woman," the DCW said.

DCW chairperson Swati Maliwal issued a notice to the deputy commissioner of police (east) in the matter.

The women's panel has asked whether an FIR has been registered in the matter and if not, the reasons for it and whether accused has been identified and arrested.

It also asked about the steps taken by the police and the current status of investigation.

The DCW has asked the police to furnish the information by May 11.

Atishi is pitted against BJP's Gautam Gambhir and Congress' Arvinder Singh Lovely from the East Delhi seat in the upcoming Lok Sabha Elections.

She alleged that the pamphlets were distributed in the constituency by Gautam Gambhir, a charge denied by the cricketer-turned-politician.