The woman could not be identified by guards or officials of SRCC, they said. The incident took place on September 12, police said, adding that the college lodged a complaint on Monday. 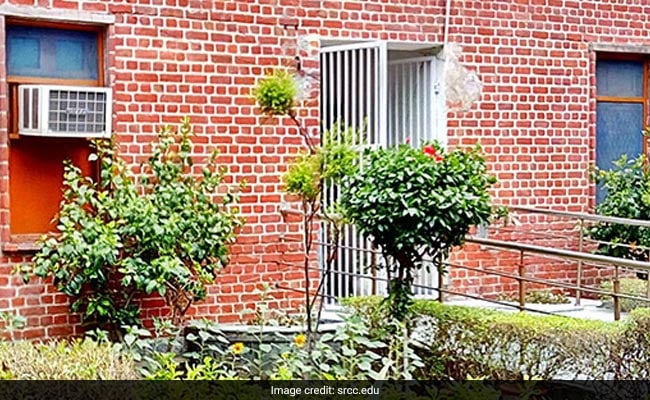 Police have registered a case against a woman for illegally entering the Shri Ram College of Commerce (SRCC) girls' hostel and stealing cash and a debit card, with which she bought goods worth over Rs 35,000, an official said on Monday.

The woman could not be identified by guards or officials of SRCC, they said.

The incident took place on September 12, police said, adding that the college lodged a complaint on Monday.

SRCC principal Simrit Kaur said an internal committee has been formed to look into the matter and security has also been strengthened.

"Police have registered an FIR. College authorities learnt about the incident on Saturday and immediately the committee was formed. The guards, under whose watch the incident happened, have been suspended," Ms Kaur said.

The woman, an outsider, entered the hostel and took away the debit card of a student and stole Rs 1,000, police said.

She bought goods worth over over Rs 35,000 at a shop in Kamla Market using the debit card, they said.

Police will speak to the owner of the shop where the card was used to identify the accused, officials said.

Guards and officials were shown footage taken from CCTV cameras from the college, but they could not identify the woman, police said.

The incident took place on September 12, the day of the DUSU elections. "It might have been possible that the woman sneaked in. When she entered the girls' hostel, the guard was sleeping but when she came out, the guard did not chase her or raise an alarm," a student said.

Principal Kaur said the students are satisfied with the actions taken by the college administration.