By flashing a mirror at violators, traffic cop Sandeep Shahi has been able to shame riders into reflecting on the thin line between life and death. 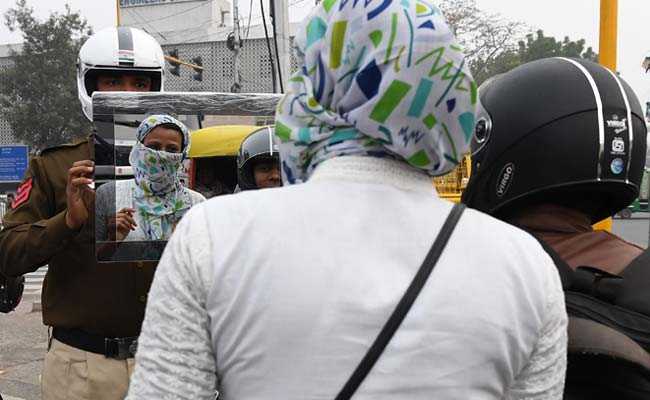 "If I make others see themselves in the mirror, they might feel ashamed," Sandeep Shahi says.

Traffic cop Sandeep Shahi used to gift helmets to those riding motorbikes on some of the world's most dangerous streets with their head unprotected -- but on reflection, he found a better approach.

By flashing a mirror at violators, Shahi has been able to shame riders into reflecting on the thin line between life and death on New Delhi's notorious roads.

Although the law mandates proper headgear for bikers in Delhi, it is common to see youngsters zip past either without a helmet or with one dangling from their arms, undaunted by the threat of a 1,000-rupee fine.

Women riding pillion also often give the helmet a miss -- sometimes just for fear of ruining their hairstyle.

"For the last four years I had been trying to persuade riders to wear helmets but to no avail," Shahi told AFP.

"Then one day when I was riding pillion with my friend on a bike, I saw myself in the mirror without a helmet and I felt ashamed. 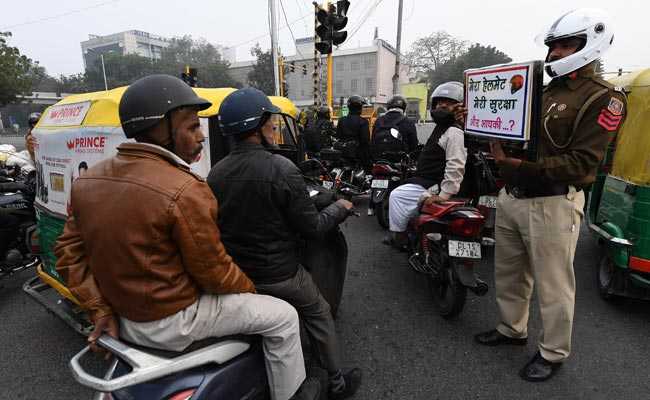 Sandeep Shahi has been trying to persuade riders to wear a helmet for years.

"Then it struck me that if I make others see themselves in the mirror, they might feel ashamed and start wearing a helmet. A mirror never lies."

Shahi says his trick has worked so far. Riders have apologised and promised never to go on the roads again without head gear.

"I have also prepared slides about road safety rules which I show to commuters. I am very happy that this simple mirror has proved so effective in curbing violations."

On the streets of Delhi -- where rash and drunk driving is commonplace, as is the sight of a family of four squeezed onto a bike -- more than 1,600 people were killed in road accidents last year, according to traffic police data.