Since the BIS report found that the drinking water being supplied by Arvind Kejriwal government is poisonous, people of Delhi are deeply scared, says Delhi BJP chief Manoj Tiwari. 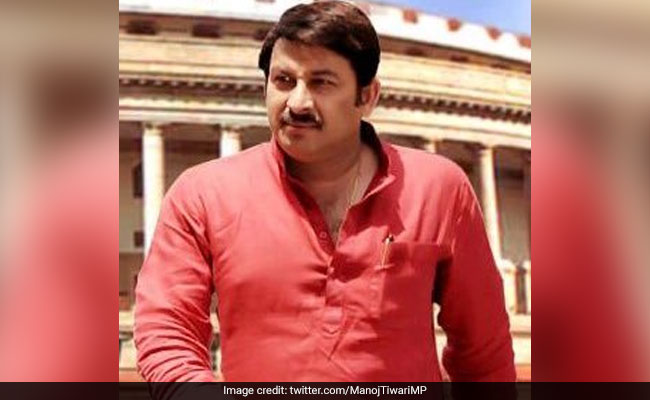 Manoj Tiwari has sent a letter to Chief Minister Arvind Kejriwal over the water situation.

Delhi BJP chief Manoj Tiwari today sent a letter to Chief Minister Arvind Kejriwal, claiming that people were "deeply scared" and "terrified of drinking the water supplied in the city which a BIS report has found to be "poisonous".

Mr Kejriwal had earlier blamed Central ministers and BJP leaders for scaring people by saying that the water supply in Delhi was poisonous.

"Since the BIS report found that the drinking water being supplied by Arvind Kejriwal government is poisonous, people of Delhi are deeply scared. Uncontrolled panic has set in Delhi, people are terrified of drinking the water you are supplying," Mr Tiwari wrote in the letter.

He claimed that he has received calls and met people who are worried about the safety of their family members, especially children.

"People from many parts of Delhi are coming forward to report that their tap water stinks, sometimes it is difficult to differentiate between the smell of sewage and water that you are supplying as drinking water," the Delhi BJP chief alleged.

The quality of water supply in Delhi is snowballing into a major issue for the ruling AAP and the opposition BJP and Congress as the Assembly polls in Delhi draws near.

"Do whatever kind of politics you want to do, but do not play with the life of children, elderly and the innocent citizen of Delhi. In the name of free water you are supplying dirty water and you loudly claim that you are supplying clean drinking water," Mr Tiwari wrote.

Battle lines have been drawn over the issue with the Delhi government on Wednesday nominating Delhi Jal Board (DJB) vice chairman Dinesh Mohaniya and Board member Shalabh Kumar for a joint water sampling and testing along with a team of BIS officers.

The Delhi BJP president said he will accompany the team as North East Delhi MP and asked the chief minister to declare the date and time for water sampling.

"Also, for fairness of the purpose and an impartial opinion on the quality of water, let the sample data and test results be analysed by a group of 2-3 neutral experts," he said.

The Delhi government on Tuesday said that it will form 32 teams to collect drinking water samples from across the city and the test results will be put in public domain within a month.

Delhi Man Fires At Wife For Filing Complaint Against Him, Arrested: Cops