Delhi extortion case: Police said the arrests were made after a businessman lodged a complaint regarding an extortion call from an unknown number. 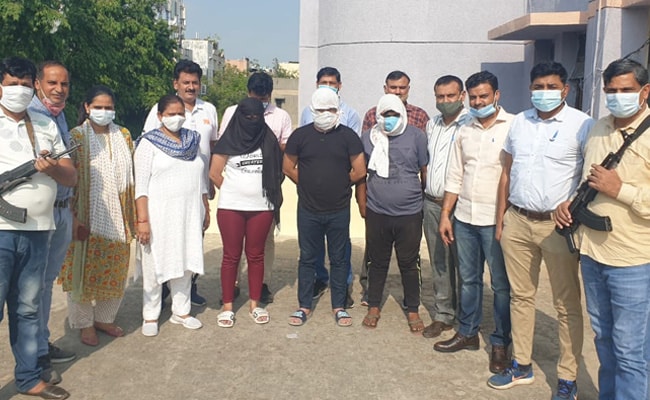 Delhi extortion case: The accused had demanded Rs 1 crore from a businessman.

Two men and a woman, accused of extortion using dating app Tinder, have been arrested in Delhi. While two of them are software engineers, the third is an MBA graduate.

According to the police, Rajkishor, a software engineer, was arrested after a businessman complained of an extortion call from an unknown number.

Crime Branch DCP Manoj C said the businessman said in his complaint that the person demanded Rs 1 crore from him and threatened to leak his "obscene photos" and videos on social media if he refused.

Police filed a case and arrested Rajkishor from Gurugram.

He then disclosed his involvement in the extortion case and also revealed his associates upon interrogation, according to the police.

Based on his inputs, his associates -- a woman and a man named Aryan Dixit, 28 -- were arrested from DLF Phase 2, Gurugram following a raid. Their flat was searched, during which police seized two handbags fitted with spy camera, memory card, USB pen drive, laptop containing videos/pictures of many people and some mobile phones used to make extortion calls to the victim.

According to the police, the woman used to lure the target with the help of Tinder app and set up meetings. During the meeting, the woman placed the bag with a spy camera discreetly in the room and captured intimate videos/pictures.

After few days, the accused would call the person and threaten to expose the videos on social media and demand money from them.

"Further investigation is on to identify other victims," said officials.