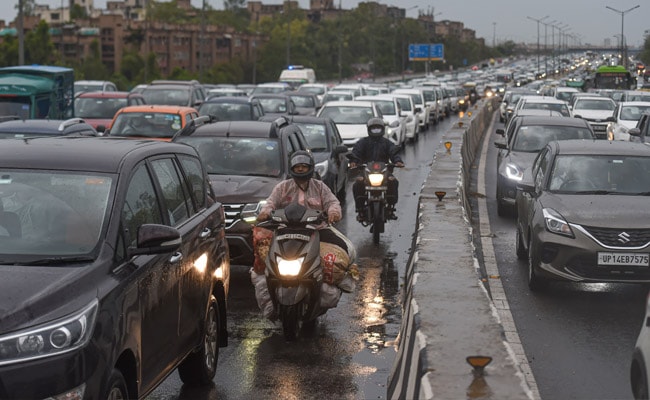 Delhi Traffic: Movement of buses will be restricted in some parts of central Delhi.

Anticipated protests over the questioning of Congress chief Sonia Gandhi by the ED and an increase in the number of kanwariyas passing through Delhi are likely to affect traffic movement in parts of the city on Thursday, police said.

The Enforcement Directorate (ED) has asked Sonia Gandhi to depose before it on July 21 for questioning in the National Herald newspaper-linked money-laundering case.

According to a senior Delhi Police official, in view of the ongoing Parliament session, adequate security and traffic arrangements have been made to deal with any "contagious situation" which may arise due to the protests over the Congress chief's questioning.

Meanwhile, some roads near the Congress office have already been barricaded by police in anticipation of the protests on Thursday, sources in the Delhi Police said.

Police have advised commuters to avoid Motilal Nehru Marg, Akbar Road, Janpath and Man Singh Road between 9 am and 2 pm on Thursday.

Due to special arrangements, traffic movement will not be allowed on these roads, they said.

Police also said that due to the arrangements, movement of buses will be restricted in some parts of central Delhi on Thursday.

As part of the kanwar yatra, kanwariyas (devotees of Lord Shiva) from different parts of the country collect water from the Ganga river at Haridwar in Uttarakhand to offer at Shiva temples back home.

The yatra kicked off on July 14 and will conclude on July 26.

While kanwariyas have been arriving in the city over the last few days, there numbers are likely to increase from Thursday onwards, police said.

Traffic is likely to be affected on some roads in east and outer Delhi, police said, adding that adequate arrangements have been made to avoid jams.

A total of 1,925 police personnel have been deployed for traffic regulation and more than 56 cranes and motorcycles are also present on the route which the kanwariyas will be taking, according to officials.

Commuters or kanwar yatris needing any assistance can check the Delhi Traffic Police Facebook page or Twitter handle for updates or call on 8750871493 and helpline number 1095/011-25844444 for queries, it said.

A senior officer advised that the motorists and road users should follow traffic rules and drive in dedicated road lanes.

Police said that in addition to the arrangements by the traffic police, security has been beefed up at kanwar camps and on important routes of the yatra while regular patrolling is being carried out.

Police officials said they are working closely with the kanwar samitis to ensure that the yatra concludes smoothly without any untoward incident.