The police took the help of informers as well as electronic surveillance and arrested the accused after a long chase of 250 KMs. 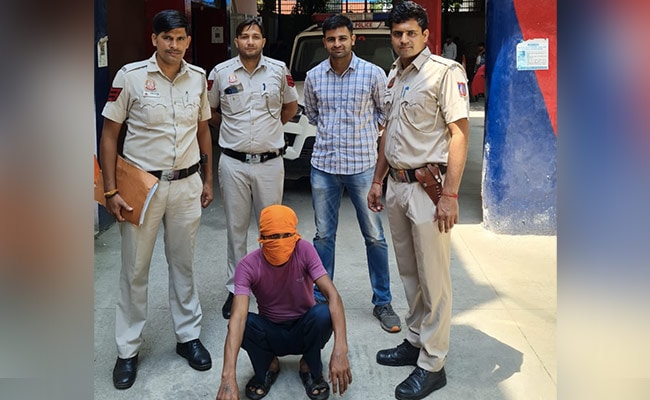 The accused was arrested within 24 hours of the crime.

A man in Delhi was allegedly hit on the head with a hammer by his tenant who then took a selfie with his body before running away from the house. The incident came to light the next day after the landlord's son got suspicious when the accused called him to inform that he has left the house. The accused - who is from Bihar - was arrested within 24 hours of the crime.

Pankaj Kumar, who had moved into the house four days ago, killed his landlord, Suresh, after a fight over the former's alcohol addiction, the police said. After the murder, he escaped with mobile phone and ID card belongings of Suresh.

The next day Pankaj called the landlord's son, Jagdish, from his mobile phone to inform that he had left their house because Suresh used indecent words against him which he couldn't tolerate. Jagdish, however, got suspicious and rushed to the first floor of the house where Suresh stayed and found his body and alerted the police.

The incident took place on August 9 after a fight broke out between Pankaj and Suresh after the former came to the house in a drunken state. The issue was settled after Pankaj apologised to Suresh and Jagdish.

Pankaj was arrested within 24 hours. The police team used the help of informers as well as electronic surveillance and arrested the accused after a long chase of 250 kms.

During interrogation, Pankaj revealed that he killed Suresh after he felt insulted after the latter abused him for entering their house in drunken state.

The accused reportedly told police that he hit Suresh with hammer when he was asleep. The accused also disclosed that after killing Suresh he also took selfie and made a video with his body with his phone.

"The accused called Suresh's son the next day to assess the situation. He revealed that he kept wandering from one place to another to avoid his arrest," the police said.