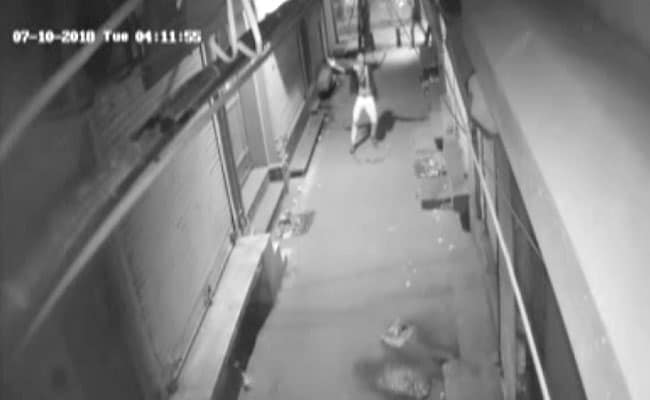 Police tracked down the burglars through an autorickshaw that they used.

A gang of six burglars who were caught dancing on CCTV camera footage before committing robbery in north Delhi's Lahori Gate area have been arrested, police said on Wednesday.

The unusual act was caught in a CCTV camera installed in the lane where a burglar apparently indulged in an impromptu victory dance after other members of the gang successfully broke into multiple shops and stole cash, electronic items etc, they said.

One autorickshaw, two laptops, one LCD, some other electronic items and lock-breaking equipment were recovered from their possession, she said.

On July 10, an incident of burglary was reported in the Novelty Cinema area in which shutters of four shops were found broken and some electronic items and cash were stolen by a gang of burglars, Mr Prasad said.

#WATCH CCTV footage of a thief dancing before he and two other people attempt to break into a shop, in Delhi (10.07.18) pic.twitter.com/zWhyaqqKDP

The CCTV camera installed there captured the burglars dancing on the street before breaking the shutters, he said.

During investigation, it was revealed that the accused used an autorickshaw with a tri-colour design at its rear. Further investigation was carried out on the basis of this clue, the officer said.

On the basis of a tip-off, the six accused were arrested along with the autorickshaws that was used in commission of crime, she added.