This detail has come out of an investigation into the killing of policeman Ratan Lal, 42, during the violence that consumed parts of north-east Delhi 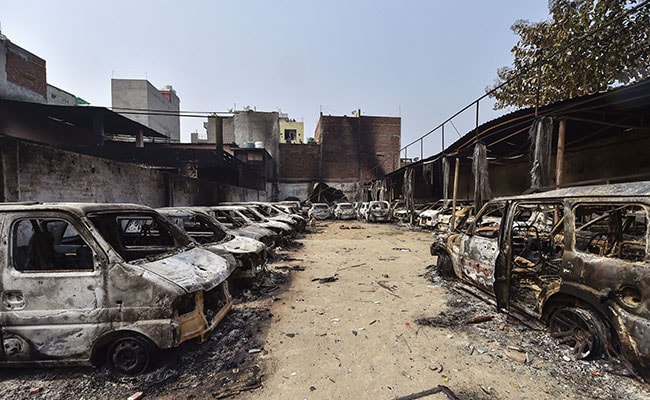 Delhi riots: Large scale violence broke out in the national capital over the CAA in February (File)

A Delhi Police chargesheet into the killing of a head constable during riots linked to citizenship law protests in February refers to Swaraj India chief Yogendra Yadav as one of the speakers at a protest at north-east Delhi's Chand Bagh. The chargesheet doesn't name him as an accused but says he is a potential co-conspirator because of his speech.

A witness account in the chargesheet says the policeman's killing was the result of a mob attack after a crowd at Chand Bagh heard about BJP leader Kapil Mishra's supporters setting fire to the site of an anti-CAA protest.

This detail has come out of an investigation into the killing of policeman Ratan Lal, 42, during the violence that consumed parts of north-east Delhi. Ratan Lal died after being attacked by a mob at Gokulpuri, 3 km from Chand Bagh.

Mr Mishra is not an accused. He had led a rally on February 23 in favour of the CAA in Maujpur, some 3 km from the Chand Bagh anti-CAA protest.

The clashes were linked to the Citizenship Amendment Act or CAA that fast-tracks citizenship to non-Muslim minorities from neighbouring nations and is seen by many as discriminatory.

"Police chargesheet is there, but there is no charge. I'm not an accused. They haven't said anything against me, except one thing - that I used to come and go and give speeches. It wasn't a secret. Every speech that I gave is in public domain," Mr Yadav said in a video statement.

The latest chargesheet filed in connection with the Delhi riots has made no mention of incendiary speeches by BJP leaders, including Mr Mishra. At the rally, he gave an "ultimatum" to the Delhi Police to clear the roads in the area, else, he said, they would have to hit the streets. Hours later, clashes had broken out between the two groups, which spiralled over the next few days. Over 50 died in the violence.

Light Rain Forecast For Delhi For Next Few Days