Coronavirus: Delhi Health Minister Satyendar Jain said that this may be a third wave but it's too early to say that conclusively. He said one should wait for another week to see the trends before declaring the surge a third wave. 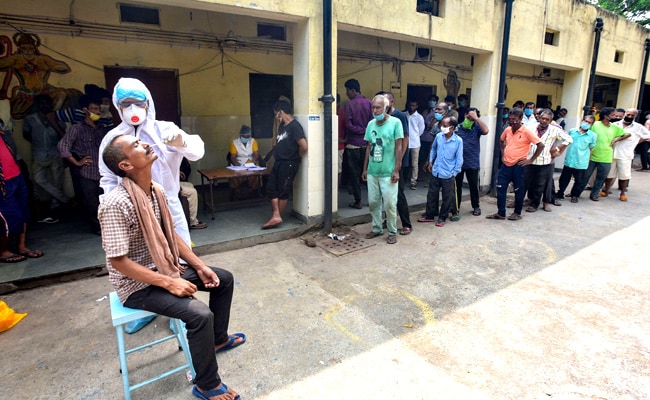 Delhi Health Minister Satyendar Jain on Thursday said the AAP government has changed its anti-Corona strategy by conducting aggressive tracing and testing in the city, citing it as one of the reasons for a sudden spike in COVID-19 cases in the past few days.

Mr Jain said that this may be a third wave but it's too early to say that conclusively. He said one should wait for another week to see the trends before declaring the surge a third wave.

Amid the festive season and rising pollution levels, Delhi on Wednesday recorded over 5,600 COVID-19 cases, the first time the number crossed 5,000 in the national capital.

Talking to reporters about the new strategy which, he claimed, would be the "best strategy" to contain the virus, Jain said the Delhi government has started conducting aggressive tracing and testing of all family members and close contacts of those found infected with the novel coronavirus.

"And, we are at times, testing them twice after a gap of 4-5 days. We don't want to leave any positive case...we have changed our strategy that's why the number of cases has gone up. I believe that this strategy would be successful," Mr Jain said.

Asked if the government was not conducting tests earlier on the family members of those found positive for COVID-19, the health minister said that authorities would conduct test only those who had coronavirus-like symptoms.

"Our main focus is that not a single (COVID-19) case should be left for testing. You can see a rise in number of cases, but it is a good strategy and its results should be seen soon," he said.

He said that the number of RT-PCR tests, which are considered the gold standard for COVID-19 testing, is also going up in the national capital.

Officials cited some reasons - festive season, cold, increase in RT-PCR testing and complacency in following anti coronavirus measures - for the spike in cases.

Mr Jain said that the situation of death due to COVID-19 is fine as of now in the national capital.

"Day-wise fatality is one thing, but if we look at the moving average of 10 days, death rate is 0.99 per cent and overall case fatality rate is 1.73 per cent," Mr Jain said.

On the resident doctors association of LNJP Hospital requesting resumption of non-COVID-19 services, Mr Jain said, "We will look into that after Diwali".

On Wednesday, 5,673 fresh cases came out of the 60,571 tests conducted the previous day, with the Delhi government scaling up RT-PCR tests, whose count stood at 17,284.

This is the first time when the number of daily cases in Delhi has crossed the 5,000-mark. The previous highest single-day spike of 4,853 cases was recorded on Tuesday.

Video: Fire Breaks Out At Railway Godown In North Delhi