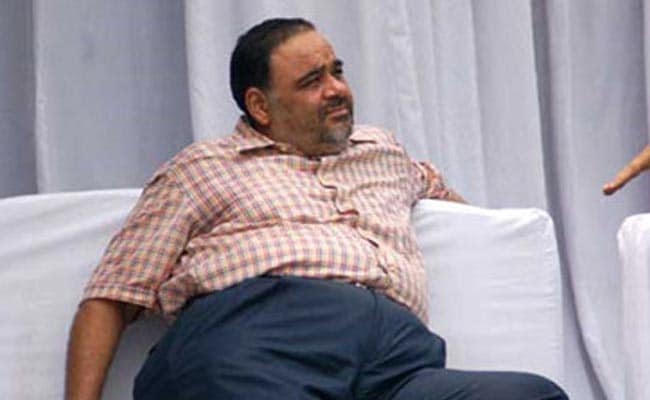 Ponty Chadha and his younger brother Hardeep, who were allegedly involved in a property dispute, were killed in a shootout at a Chhattarpur farmhouse.

New Delhi: Delhi High Court has declined to grant bail to an accused facing murder trial in a 2012 shootout here that claimed the lives of liquor baron Gurdeep Singh Chadha aka Ponty Chadha and his younger brother Hardeep Chadha, saying there are "serious allegations" against him.

Justice P S Teji also turned down the plea for relief on medical grounds by Mr Chaddha's manager Narender Ahlawat, saying he "can get the medical treatment in judicial custody as opined by the medical board of AIIMS and there is no requirement to release him on bail to get medical treatment outside".

"It is not the stage to comment on the merits of the case inasmuch as the prosecution witnesses are still under examination and it has not been completed so far. No comment on the aspect whether there was any role of the petitioner in the alleged incident or not can be made at this stage.

"He has been charge sheeted for hatching a criminal conspiracy and committing the murder apart from committing other offences. There are serious allegations against him and there is apprehension of influencing prosecution witnesses," the court observed.

Ahlawat, who was on interim bail since April 2013 which was extended from time to time, has sought release from jail on the ground that he was "not required for the purpose of investigation as the charge sheet has been filed and charges have been framed against him".

This was opposed by the police which said he "was one of the managers of Ponty Chadha and was part of the conspiracy".

Earlier, the court had denied bail to sacked Uttarakhand minorities panel chief Sukhdev Singh Namdhari, following which the trial court on April 5 had cancelled his interim bail and sent him back to Tihar Jail. The Supreme court had also refused to hear Namdhari's bail application.

Namdhari, the alleged main conspirator in the case, was on interim bail since November 27 last on medical grounds. Now all the 20 accused are in judicial custody.

Mr Chadha and his younger brother, who were allegedly involved in a property dispute, were killed in a shootout at a Chhattarpur farmhouse in Delhi on November 17, 2012. Subsequently, Namdhari was arrested on November 23, 2012. Later, the remaining accused were apprehended.

The trial court had in July last year framed charges under section 302 (murder) read with section 149 (offence committed by member of unlawful assembly) of the IPC against all the 20 accused, including Namdhari and his Personal Security Officer (PSO) Sachin Tyagi.

On January 28, 2014, the trial court had dropped murder charges against all the accused and added the charge of culpable homicide not amounting murder under section 304 of IPC against Namdhari and his PSO.

On May 15 last year, on the police's plea, Delhi High Court had overturned the trial court's decision and directed framing of murder charges against all the 20 accused. The apex court had also upheld the high court's decision.

Mr Chadha and his younger brother were also charge sheeted in the case. However, the trial against them had abated as they were killed in the shootout.

The court had ordered framing of criminal conspiracy, common intention and those under the Arms Act against all the accused for trying to take over the disputed farmhouse from the possession of Hardeep.

Delhi Police had filed two charge sheets in the case and levelled murder charges against all the accused. The first charge sheet had named Mr Chadha as an accused as he had reached the place of the incident with Namdhari and others as part of a "well-hatched conspiracy" to take possession of the south Delhi farm house.

The supplementary charge sheet had accused the younger brother in the case, saying the probe had shown Mr Chadha was killed by the shot fired at him by his brother.
Comments
Ponty ChadhaHardeep ChadhaNamdhariChadha murder trial

Doctors' Salaries Delayed As Funds Not Released By Delhi: Municipal Body To Court