Delhi BJP chief Adesh Gupta rejected the allegations as "unfounded and baseless" and accused the Arvind Kejriwal government of resorting to issuing "concocted statements" to make AAP relevant in the upcoming elections in few states. 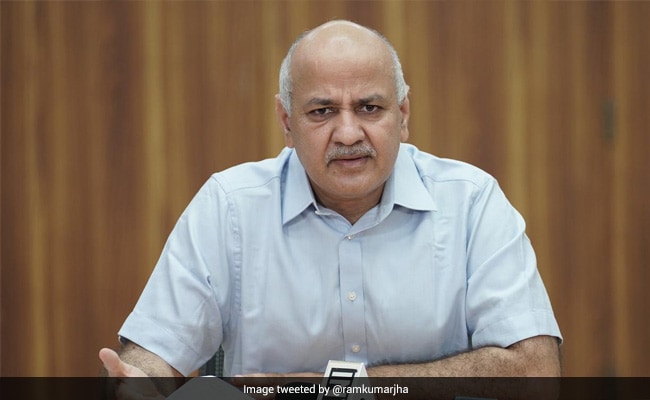 Deputy Chief Minister Manish Sisodia on Saturday alleged that Prime Minister Narendra Modi has shared the names of 15 people with Delhi Police, CBI and Enforcement Directorate and asked them to "conduct raids and file fake FIRs" against those on the list and "ruin them before the next elections".

Delhi BJP chief Adesh Gupta rejected the allegations as "unfounded and baseless" and accused the Arvind Kejriwal government of resorting to issuing "concocted statements" to make AAP relevant in the upcoming elections in few states.

During an online briefing, Mr Sisodia claimed that many names on the list are from the Aam Aadmi Party.

After Mr Sisodia's briefing, Chief Minister Arvind Kejriwal echoed similar sentiments and claimed that nothing had come out of the earlier raids or fake cases.

In a tweet in Hindi, Kejriwal said, "Do politics of votes and win the trust of people. There were so many fake cases filed against us and raids conducted but you got nothing. You want to file more fake cases and carry out raids? You are welcome."

Mr Sisodia, during his briefing, claimed, "We have learnt from reliable sources that Prime Minister Narendra Modi has handed over a list of 15 people to the CBI, the ED and the Delhi Police, asking them to conduct raids and file fake FIRs against them (people on the list) in order to ruin them before the next elections".

He claimed that Delhi Police Commissioner Rakesh Asthana has promised to get the job done.

"Rakesh Asthana is Modiji's ''brahmastra''. He has promised that come what may, he will get the job done," the deputy chief minister claimed.

Mr Sisodia said the AAP does politics of truth and honesty.

"You can send the CBI and the ED, we will welcome them," he said.

Mr Sisodia said there had been previous instances where AAP leaders were "targeted" but nothing came out of it.

"I want to ask -- What did you get in the earlier raids? There are 12 cases against (Delhi minister) Satyendar Jain. The CBI has raided my house and Chief Minister Arvind Kejriwal's office. Police raided CM's house and even entered his bedroom. What came out of those raids," he questioned.

"There were ''fake'' cases registered against 21 of our MLAs and the courts scolded the police for filing such cases. The Centre got the Shunglu Committee to scrutinise 450 files of our government but what came out of it. We have full faith in ourselves," he claimed.

The deputy chief minister also claimed that AAP is gaining popularity in other states like Uttar Pradesh, Uttarakhand, Punjab and had even won 27 seats in the municipal corporation polls in Gujarat, which is the stronghold of the Bharatiya Janata Party.

Uttarakhand, Uttar Pradesh and Punjab will be going to polls next year.

Delhi BJP president Adesh Gupta asked Mr Sisodia to "identify the sources" in his allegations or "offer apology to the central government" or be prepared to face peoples' protest.

Mr Gupta alleged that the Delhi government and AAP now seem to be "totally shaken and scared" with their "scams in DTC bus purchase, excise police changes and in Delhi Jal Board getting exposed one after another".

In a statement issued after the Mr Sisodia's briefing, the BJP's Delhi unit, said, deputy chief minister Manish Sisodia was "making baseless statements against the central government", as it was "baffled with the Centre's nod for CBI probe into the DTC bus purchase scam".

Mr Gupta said Mr Sisodia's claims as per sources that the Centre has made a list of some 15 people to "harass" them, seems to be the "outcome of AAP's political frustration and hopelessness".

"To save themselves from answering on corruption cases and making them relevant for elections in a few states, the AAP is giving concocted statements, but it should realise that now Delhiites and people of the country are not going to be misled by them anymore," he said.

Mr Gupta also attacked the Aam Aadmi Party, saying it has a "history of first making unwarranted allegations and then apologizing, and it seems that they are trying to repeat it."