Replying to a debate on the measure, Urban Development Minister Hardeep Singh Puri said if the Bill is not passed, it will lead to "unprecedented chaos" in the national capital which has witnessed an influx of over 6 lakh people per annum. 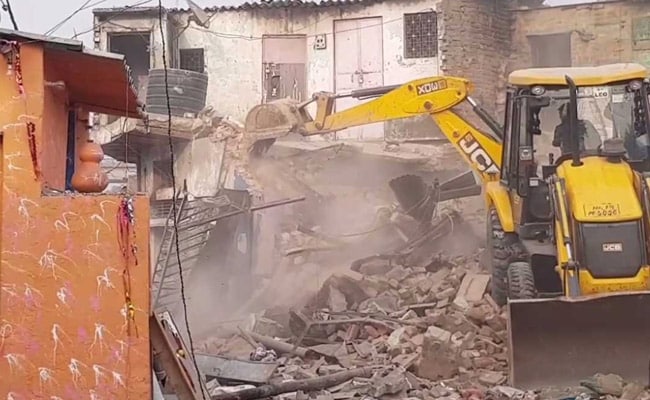 New Delhi: The parliament today passed a bill to protect slums and unauthorised colonies in the national capital region from punitive action till a framework for orderly arrangements are in place.

The National Capital Territory of Delhi Laws (Special Provisions) Second (Amendment) Bill, passed by Lok Sabha yesterday, gives immunity to slums and some unauthorised constructions till December 31, 2020. The immunity under the existing Bill ends on December 31.

Replying to a debate on the measure, Urban Development Minister Hardeep Singh Puri said if the Bill is not passed, it will lead to "unprecedented chaos" in the national capital which has witnessed an influx of over 6 lakh people per annum.

The legislation will give cover against punitive action on an "as is where is basis" until December 2020, he said, adding that there were seven categories of unauthorised colonies and each of them had separate cut-off points and dates.

"I don't have any answer as to why nothing was done between 2008 and 2014, but post-2014 an attempt to fast-track things has been made," he said, adding that a Supreme Court appointed committee was looking into the matter.

He said the Delhi Government had given an affidavit before the High Court seeking a two-year extension to complete the work and the Centre has been left with no option than to seek one more year to ward off the 'Sword of Damocles' hanging on the poor.

On the allegations that a blind school was demolished, he said it was an illegal construciton on DDA land on the garb of blind children, for which notice was served to those who got it constructed while the government offered to rehabilitate the children in a nearby school.

On why the Delhi Chief Minister was not invited at the inauguration of a metro stretch, an issue raised by some members, Mr Puri said the stretch fell in Uttar Pradesh and the Delhi chief minister could sanction phase IV of the project still pending and be there.

"It is our policy to move people and not cars", he said.

Replying to allegations by D Raja (CPI) about the demolition of the Kathputli colony in Delhi, a heritage residence area where artisans from all over India were living, Mr Puri said the inhabitants were shifted as a modern efficient accomodation was being built there.

He said the government could proceed ahead due to a court directed process and a separate piece of land was being allocated there as a heritage piece to promote skill and art.

Earlier participating in the debate, Parvez Hashmi  of Congress questioned delays in relief to the poor and asked why the government had failed to stop work in the construction stage itself.

Promoted
Listen to the latest songs, only on JioSaavn.com
Union minister Vijay Goel, a BJP member from Delhi, said the city was sitting on a volcano and there was no planning as the number of unauthorised colonies has swelled to over 2,000 due to the lackadaisical approach of the AAP government.

He said unauthorised construction was rampant and such multi-storeyed houses were not safe in earthquakes. He lashed out at the AAP government saying it had declined to implement the PM Awas Yojna in the national capital.