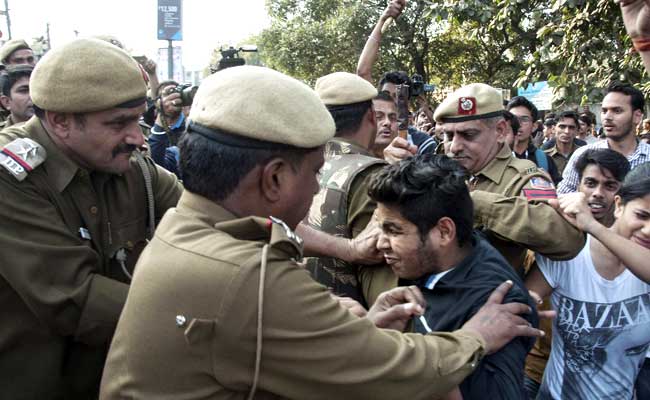 Ramjas College: Violence broke out at the Delhi University college between two groups of students.

New Delhi: The government appeared to speak in two voices over Wednesday's violent clashes in Delhi's Ramjas College. While union education minister Prakash Javadekar said he would not interfere in the row as the college is autonomous, his cabinet colleague junior home minister Kiren Rijiju said colleges cannot be allowed to become "hub of anti-national activity". At least 20 students and a teacher were injured after student unions linked to the Left and the BJP clashed over an invite for an event to Jawaharlal Nehru University student Umar Khalid, accused of sedition over an event last year where anti-India slogans were allegedly raised.