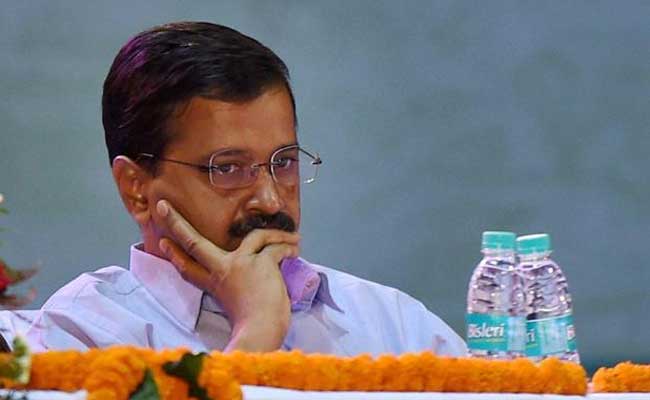 Arvind Kejriwal said the government will soon come out with a separate policy for cab and bus aggregators which will enable more taxis and buses on the roads.

He said his government was determined to ramp up public transport in the city within a year to limit the number of vehicles on the roads.

Calling the second phase of the odd-even scheme "very successful", Mr Kejriwal said the government will soon come out with a separate policy for cab and bus aggregators which will enable more taxis and buses on the roads.

"We have to strengthen the public transport system in the coming days and we are working on it. Odd-even cannot be a long-term remedy," the Chief Minister said addressing a "thanks giving" ceremony to celebrate the success of the second phase of the scheme.

"We have announced a bus aggregator policy. We hope the buses from the private sector will ply on the roads. We are also coming up with a taxi aggregator policy which will enable more taxis on road," Mr Kejriwal said at an event in Chhatrasal stadium.

We are also coming up with a taxi aggregator policy which will enable more taxis on road. In coming one year, public transport will be strengthened in Delhi and if we do Odd-Even after that then people will also face less trouble, he said.

Transport Minister Gopal Rai said the success of the second phase of the scheme was 99.60 per cent which is five per cent more than the first phase of the road rationing measure in January.

He said the government will take a decision on future implementation of the odd-even scheme based on analysis of various surveys on air pollution by different agencies as well as examining the effectiveness of phase 1 and 2.

The second phase of the scheme was implemented from April 15 to 30.

Slamming the app-based taxi aggregators, the Chief Minister said the government came hard on them when they took to surge pricing, taking advantage of people's misery.

"I called a taxi operator. He said we do it in 400-500 cities across the world. To this, I said you cannot do it in Delhi. You cannot run your writ in Delhi. You have to follow our law. For the first time they had to stop the surge pricing and come down on normal pricing. No government dared to do it.

The next day we impounded some 150 cabs," Mr Kejriwal said.

He also lauded the "compliance level" observed by Delhiities during the Odd-Even scheme and noted that around 25 lakh cars ply in Delhi, but only 300-500 people were challaned for violation.

"People of Delhi are not afraid of a fine of Rs 2000...It is nothing for the people of Delhi. With the challan they could roam the whole day. But they did not do anything like this.

"People would earlier say that Delhities don't follow the law. I am of an opinion that if the government takes people along, then people of Delhi follow and respect the law more than the Americans," Mr Kejriwal said.

The Chief Minister said during his interaction with people, he got the feedback that there was less traffic congestion when the road rationing scheme was in force and the masses appreciated the measure.

Slamming the opposition and the media, Mr Kejriwal said false claims were being spread that pollution levels had gone up since the inception of the Odd-Even scheme.

"Some people say pollution has not gone down. Centre for Science and Environment, which is known to be an honest organisation, has said that pollution level has gone down during Odd-Even scheme.

"Some newspapers wrote that pollution increased during the Odd-Even scheme. (If) petrol usage has gone down by 30 per cent then how can pollution increase by 23 per cent. I don't understand their logic. There are several reasons for pollution like winds blowing from Haryana. But the basic factor if you use less petrol and diesel, then pollution will go down," Mr Kejriwal said.