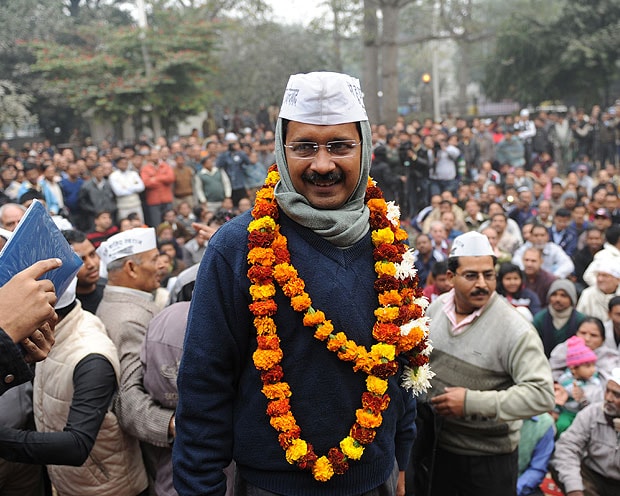 New Delhi: Arvind Kejriwal was sworn-in as Delhi's seventh chief minister at Ramlila Maidan on December 28, 2013. His Aam Aadmi Party, which made a spectacular electoral debut riding on its promise to rid Delhi of corruption, formed the government in the national capital with outside support from Congress.

Your 10-point cheat-sheet to the Kejriwal phenomenon: