Police said that the man killed inside Nukkadwala Restaurant in Delhi's Saket was a member of the staff. 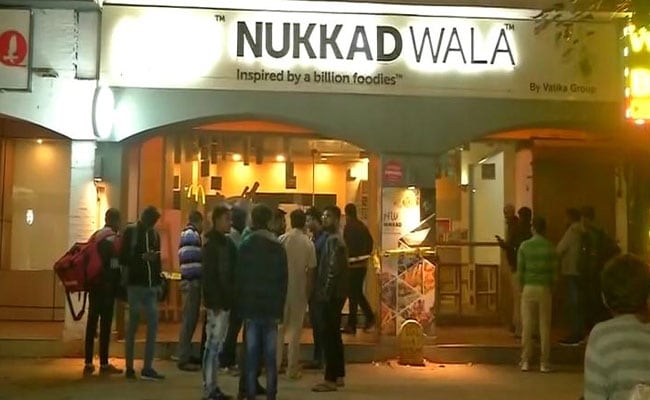 Forensic and crime teams were called at the Nukkadwala restaurant in Saket for investigation.

A 23-year-old man was stabbed to death inside a restaurant in South Delhi on Thursday.

Hemant was stabbed in the chest inside Nukkadwala restaurant located near PVR Anupam in Saket around 6 PM. He was taken to Madan Mohan Malviya Hospital in Malviya Nagar where he was declared brought dead by doctors, the police said.

Preliminary investigations revealed that Hemant, along with three others, was working at the restaurant, said senior police officer Vijay Kumar.

Forensic and crime teams were called on the spot and Hemant's friends were also questioned by the police.

Hemant's father Pradeep told news agency ANI that he suspects someone from the restaurant staff killed his son.

"The police are not telling anything at the moment. However, we feel that somebody from the restaurant staff has killed my son," he said.

Hemant's brother Jugnu said that since it's a posh colony, there are several CCTV cameras inside and outside the restaurant and he hopes that the killers would be identified soon.

Two days ago, a 23-year-old man was stabbed to death by a group of men in Shalimar Bagh area of North West Delhi after a fight over a petty issue. The accused were identified and arrested.