According to a senior police officer, the entire house was ransacked, but no valuables were found missing. 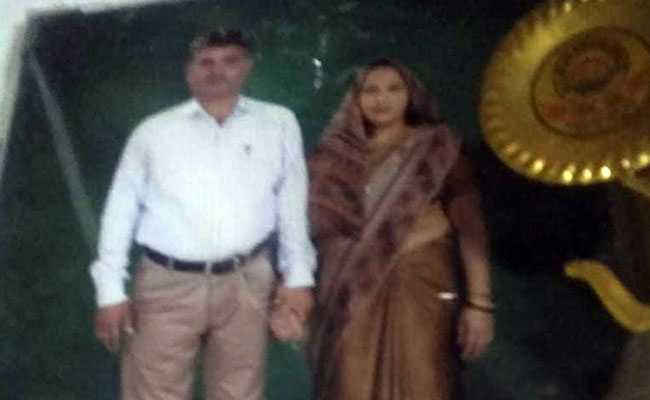 The victims were attacked with a kitchen knife, police said.

Bodies of a man, his wife and daughter with stab injuries were found at their residence in Kishangarh area of southwest Delhi's Vasant Kunj on Wednesday morning, following which the couple's son was arrested, police said.

The victims were attacked with a kitchen knife. The couple's son Suraj was injured on his finger, they said.

After being informed about the incident, police reached the three-room house at 5.20 am and identified the victims as Mithlesh Verma (45), his wife Siya Verma (40) and their daughter Neha (16).

The bodies of Neha and Siya were found in one room while Mithlesh Verma's body was found in another room of the house.

The weapon used for commission of the crime has been recovered and Suraj was arrested, police said.

Mithlesh Verma, a contractor, was living with his family in the house for the last 18 years. Suraj is pursuing civil engineering from a private college in Gurgaon, while Neha was in class 9, student of a private school in Vasant Kunj, Mithlesh Verma's elder brother Chandra Bhan said.

"I got a call from my family members in Kannauj at 5.30 am. Mithlesh's neighbours had informed them. I rushed to check on them and found the bodies lying in a pool of blood with multiple stab injuries," Chandra Bhan said, adding it was a "cold-blooded murder".

According to a senior police officer, the entire house was ransacked, but no valuables were found missing.

Suraj, who was in the house at the time of the incident, told police that two men barged in the house to commit robbery and stabbed his family. He claimed to have lost consciousness out of fear, police said.

Mithlesh Verma's nephew Shiv Pratap, also a civil engineering student, said he saw his aunt lying in a pool of blood on the floor while his cousin Neha was lying on the bed with multiple stab injuries.

Pratap said three days back, he had a casual chat with his cousin Suraj on Facebook and everything seemed normal.

When they rushed to check on them, they got to know about the incident. They found Suraj sitting near the gate of his house, weeping.

Lal claimed that Suraj initially sought help from one of their neighbours, Pintu, who was returning from hospital.

Suraj's uncle Chandra Bhan said in 2013, Suraj was allegedly kidnapped by unidentified people when he had gone to a nearby market to buy books.