New Delhi: Markets in the national capital are closed for 48 hours starting today as trade unions intensify their protest against the municipal corporations for sealing their shops. The traders said they will extend the bandh for a third day if the BJP-ruled civic agencies do not stop the sealing drive.

The Confederation of All India Traders said thousands of shops, big and small, will be closed during the bandh. "Protest marches against sealing would be taken out by businessmen in around 500 markets. The ongoing sealing is very harmful to our economy," Praveen Khandelwal of the traders' union said.

The three BJP-ruled municipal corporations say they are sealing business establishments running in residential areas. Over 600 shops across 100 shopping complexes in Delhi have been sealed over the past few weeks.

The BJP, however, accuses the Aam Aadmi Party or AAP of causing the mess by sitting on a decision to designate 351 roads in the city as commercial-use.

On January 30, a meeting at Chief Minister Arvind Kejriwal's home to discuss the controversial sealing drive lapsed into chaos as a team of BJP leaders walked out and later alleged they had been "heckled and attacked" by Aam Aadmi Party (AAP) lawmakers who, they say, were egged on by the chief minister. 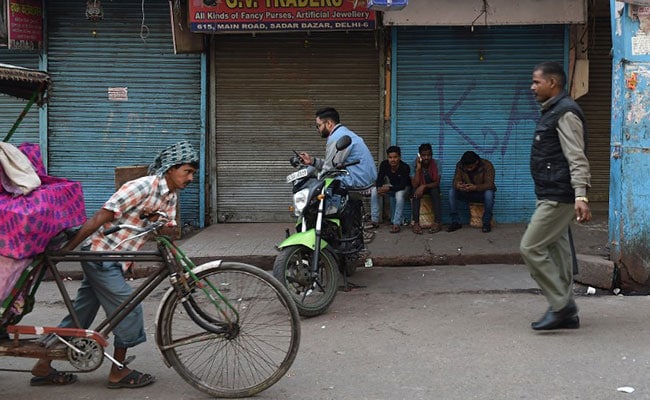 The BJP is trying to pacify the traders and may have already found a solution, with the Delhi Development Authority (DDA) today approving changes to the national capital's master plan.

The proposed changes in the master plan are -- increase in floor area ratio of commercial establishment, permission to run businesses in basement, and decrease in conversion charges.

The decision was taken at a meeting headed by Lieutenant Governor Anil Baijal, who is also the chairman of the DDA, news agency IANS reported.

"The board has approved these changes. They will now be put in the public domain for three days and a meeting will be called after that," BJP legislator and DDA member Vijender Gupta said.