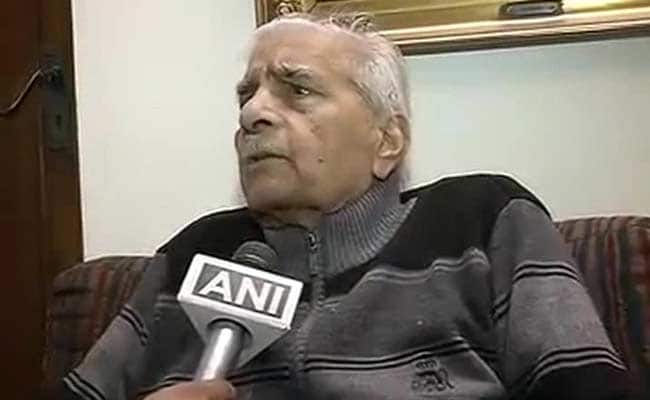 New Delhi: Shanti Bhushan, a founder member of the Aam Aadmi Party, has emphatically backed its chief Arvind Kejriwal's rival Kiran Bedi for the Chief Minister's post in Delhi, saying she is "most likely to give us an honest and efficient government."

Mr Bhushan described as a "master stroke" the BJP's move to name Kiran Bedi as its chief ministerial candidate.

"It is a success of the Anna Hazare movement. I have known her intimately from the days of the movement and do expect that she will provide a very clean administration to Delhi," said the 89-year-old who helped set up AAP, along with his son Prashant Bhushan and Arvind Kejriwal.

"I think Kiran's decision of joining BJP is a right decision. Even back in the Anna andolan days it was clear that she has pro-BJP thoughts," Mr Bhushan said, adding that Ms Bedi would "definitely be the best competitor for Arvind."

His views may not sit well with his party in the middle of a heated campaign for next month's assembly polls in Delhi, described by Arvind Kejriwal as an "AAP vs BJP" fight.

Anna Hazare has made it clear that he disapproves of Ms Bedi's entry into politics. Yesterday, when asked to speak on the subject, he said he "did not want to be dragged into the dirt of politics."

Promoted
Listen to the latest songs, only on JioSaavn.com
Shanti Bhushan said, "Anna should be proud that one of his disciples is becoming the chief minister of Delhi." Leaders of AAP, he added, should be happy as "that is what AAP wanted, its original struggle was against corruption."

Mr Bhushan, a former union law minister, had embarrassed Mr Kejriwal with his stinging critique after the party's abysmal performance in last year's national election. Suggesting a deep rift within, he described the AAP chief as a "great leader and campaigner" but questioned his organizational skills.